Does this cat really have a cat-shaped mark on its back?

Several pictures of a cat with a cat-shaped mark on its back have circulated online for a couple of years. 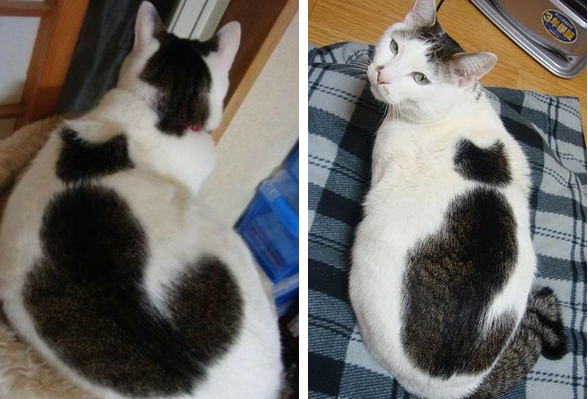 There's also a version of the image with arabic writing on it, that's currently doing the rounds on facebook. 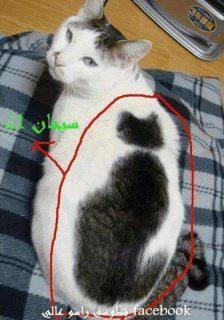 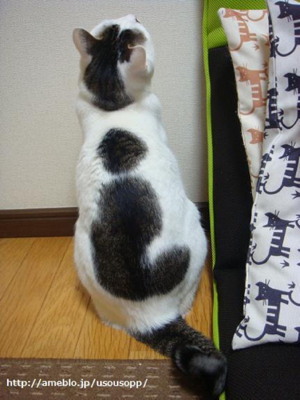 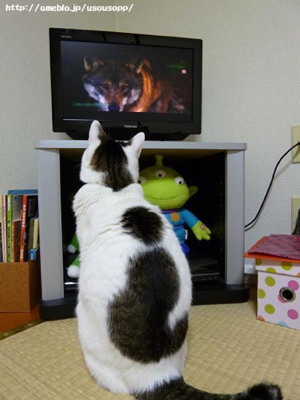 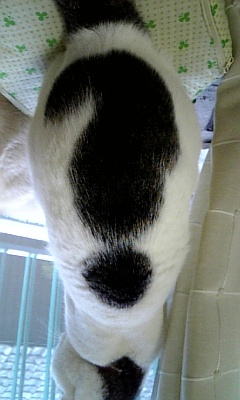 Perhaps the pointy-ear effect in the two photos was caused by the way the cat's skin folded. Or perhaps someone photoshopped the ears in. I'm not sure, though I'm leaning towards photoshop. I searched the site to see if I could find the pointy-ear-marking photos. (The site has an image browser feature which made searching pretty easy.) I wanted to see if the originals differed from the versions in circulation. But I couldn't find them on the site.

I think you could get that effect just by taking a finger and pushing the cat's fur forward at the right places.
Posted by George P Burdell  on  Fri May 04, 2012  at  05:25 PM
I think it's an issue of the position of the shoulder blades being pushed out when the cat is laying down.
Posted by Vincent  on  Fri May 04, 2012  at  05:38 PM
The thing is, unless a cat is severely dehydrated, it's skin shouldn't be so loose that it would fold like that. Plus, no matter how the skin folded, the round marking wouldn't develop those sharp points.
Posted by The Curator  in  San Diego  on  Sat May 05, 2012  at  07:21 AM
Completely agree with George P Burdell. You can alter patterns on a cat by "combing" bits of fur into place, or lifting two fur "prongs" like in this case. Particularly on partly whites.
Posted by Markus  on  Sat May 05, 2012  at  07:46 AM
Commenting is not available in this channel entry.