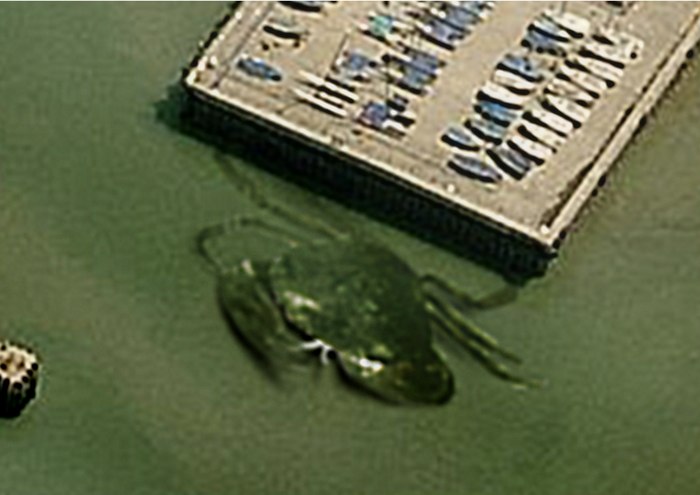 A photo of what appears to be a gigantic crab lurking in the waters of Whitstable harbour in Kent recently went viral, after first appearing on the Weird Whitstable website.

Quinton Winter, who runs Weird Whitstable, asks, "Does this satellite photo of the harbour reveal a giant crab or unusual sand formation?"

Unfortunately, the answer is neither. The correct response is that it's photo fakery. The original satellite image of the harbour, minus the crab, can be found on Bing Maps. So evidently someone (I'm assuming Winter) added the crab in. 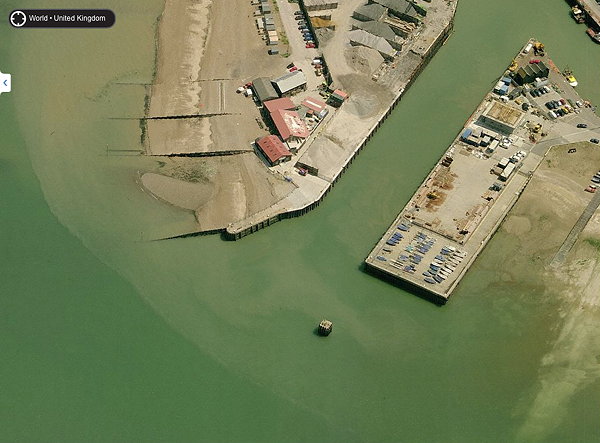 For the record, there are some species of gigantic crabs. Paul Clark of the Natural History Museum in London, who was interviewed about Crabzilla by The Independent, notes that Japanese spider crabs, aka Macrocheira kaempferi, can grow to the size of a small car. But these crabs live in deep, cold water around Japan.