On March 27, 1940, the front page of The Daily Princetonian carried a photo that it described as the "Composite Princetonian." 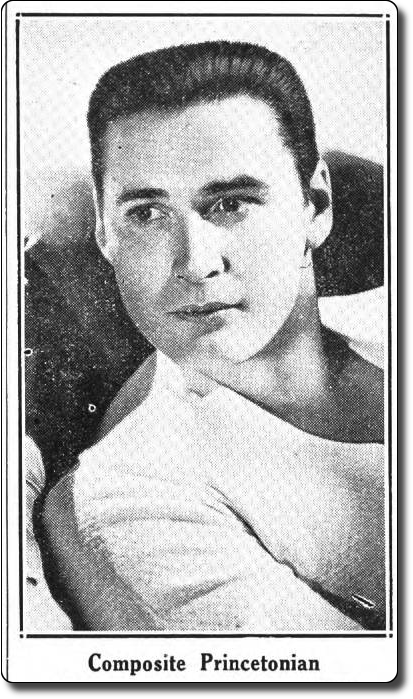 It explained that the photo had been created by a campus literary society, the In & Out Club, whose members had spent four months analyzing the photos of 2,100 Princeton undergrads, and had then selected 12 who best exemplified the varieties of types on campus. The photos of these 12 were combined into a single composite photo.

Only after the composite was created was a "similarity of features" noticed between the composite and movie actor Errol Flynn. The implication, of course, was that Princeton students were an unusually handsome group of men. The Daily Princetonian noted, "Flynn would be acceptable to Princetonians anywhere in the world as one of their own."

But the next day the truth was revealed. The "composite" photo wasn't a composite at all. It was actually a picture of Errol Flynn, doctored to remove his mustache and give him a crewcut. So much for the composite Princetonian.