In 1928, the weekly German periodical Berliner Illustrirte Zeitung published an article in its early April issue about a Bride Import company that had been created to supply wives to the men of Liechtenstein. The small principality was losing women, the article explained, because they were all going to neighboring Switzerland and Austria to find work. As a result, the gender ratio of the country was becoming seriously unbalanced — to such an extent that the government had decided to start this Bride Import company to prevent depopulation. Suitable women were found in cities and towns throughout Europe, and they were then transported to Liechtenstein in freight cars, where they were sold in marriage markets.

An accompanying photo showed future brides of Liechtenstein being carried out of freight cars that were marked "Société Anonyme Pour L'Exportation De Fiancées" (Corporation for the Export of Fiancees) and "Bräute Vertriebs A.G." (Bride Exports, Inc.). 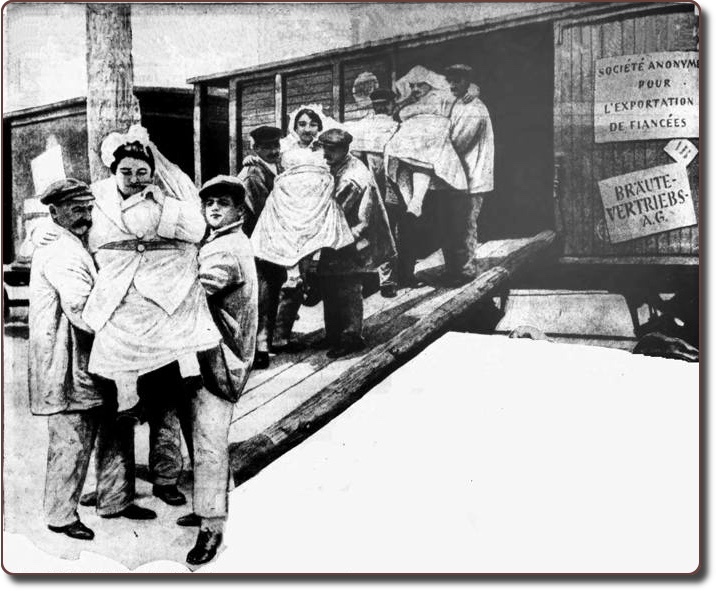 At the time, the Berliner Illustrirte Zeitung had a circulation of almost 2 million, which made it the most widely read periodical in Europe. So the article about the brides for Liechtenstein was seen by many people. However, its readers knew that the magazine had a long-standing tradition of publishing spoof stories every April 1st, and most of them recognized the Liechtenstein story as such a piece.

The magazine offered some clues (in addition to the absurd premise) that the story was a farce. For instance, the photos were credited to "W. Arne Allemann." When the punctuation was removed from this name, it read "Warne Allemann" (Warn Everyone!). Also, why were the women being carried out of the freight cars? Were they unable to walk? And why were they all so large?

However, not everyone realized the story was a joke. When word reached Liechtenstein about the existence of this Bride Import company, there was a public outcry, resulting in the formation of a government committee to investigate the matter. The committee soon traced the story back to the Berliner Illustrirte Zeitung and realized it was an April Fool hoax.

But even so, the people of Liechtenstein felt offended. What particularly irritated them was the size of the women being offloaded from the freight cars. The people of Liechtenstein believed that their women were internationally renowned for their beauty. So why were obviously overweight women being imported into the country? What was the meaning of this joke? They complained that it was cruel, tasteless, typically German humor.

The whole matter might have ended there. After all, there wasn't much that the residents of Liechtenstein could do about it but complain. But then Frederick Long, Hearst's correspondent in Berlin, heard about the "international row" and wrote an article about it that was distributed worldwide by the Newspaper Feature Service (a Hearst subsidiary that sold Hearst content to non-Hearst papers). As a result, the offending material ended up getting recirculated and being seen by millions of more people throughout the world, making it an early example of the "Streisand Effect" (the phenomenon that complaining about something that gives offense can have the unintended consequence of publicizing the offending material even more widely). 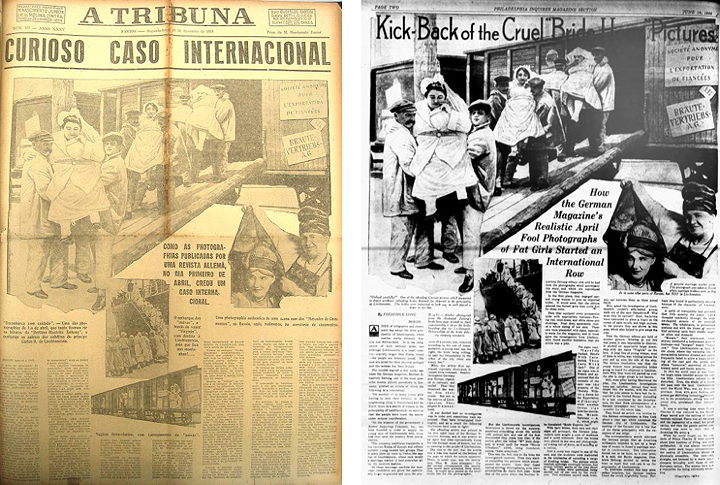 International coverage of the Brides for Liechtenstein hoax
(left) the Brazilian A Tribuna; (right) The Philadelphia Inquirer

Text of the Berliner Illustrirte Zeitung Article
On account of so many young girls leaving to seek their fortunes in the neighboring cities in Switzerland and the Tyrol, there is a dearth of women in the principality of Leichtenstein — so much so that the people have taken the matter under serious consideration.

At the expense of the government a Brides' Importing Company, Inc., has been founded in order to supply the young men of Liechtenstein with wives and thus save the country from depopulation.

The company maintains transports in the various States of Europe and collects suitable young women into groups. Then it takes them by train to Vaduz, the capital of Liechtenstein, where each month a marriage market is held somewhat after the Scottish fashion.

In these marriage markets the marriage candidates are given the opportunity to get acquainted and upon the payment of a certain sum, reckoned according to the cost of transportation, a young man has the right, the bride being willing, to take her immediately to the office of the city clerk and marry her.
More images from the article: 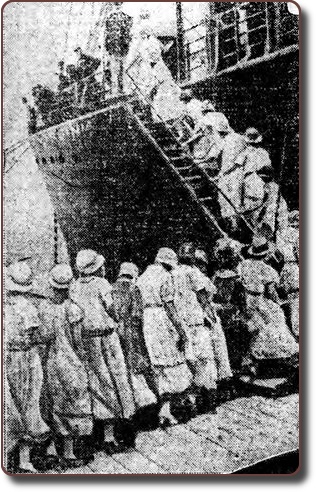 Women boarding a ship, on their way to Liechtenstein 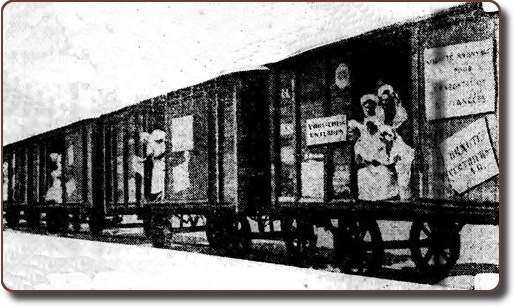 Nice addition to the series on German April Fools hoaxes here lately. Thanks.

One thing to note: You translate "Société Anonyme" (abbr. "S.A.") as "Anonymous Society", however it's just the French equivalent to the German "A.G." i.e. "Aktiengesellschaft", which you correctly translated as "Inc.".

I guess you could call this a nitpicking post, but I think the term "Anonymous Society" conveys a certain meaning which was not intended by the creators of the hoax.