"Is Sparky a sex addict?" the website petcondoms.org asks visitors. "Spot the signs!" The site also offers advice on "how to put on a pet condom". 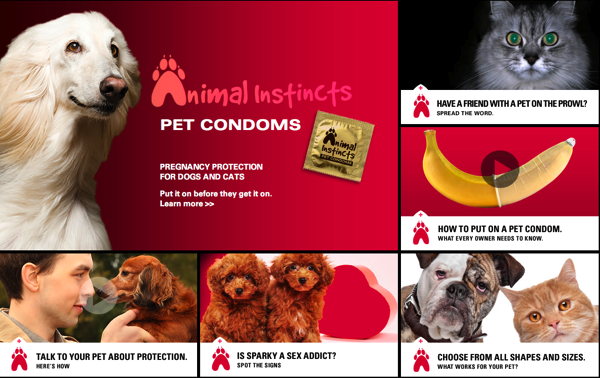 A few clicks on some of the links soon reveals that, no, this site isn't really selling pet condoms. It was recently launched by the San Francisco SPCA as a way to educate the public about the importance of spaying and neutering your pet. The point being that trying to put a condom on your pet is an ineffective way of preventing unwanted births.

It's actually not the first time the internet has seen a website about condoms for pet. Back in 2005 the site dogcondoms.com launched, followed in 2008 by doggycondoms.com (which now seems to have gone belly up).