The Hundred-Million-Dollar Robbery of the U.S. Treasury

On April 1, 1905 the Berliner Tageblatt broke the news of a shocking and massive crime. All the gold and silver in the U.S. Federal Treasury had been stolen. A group of thieves funded by American millionaires had tunneled beneath the Treasury and robbed it from below, getting away with over $268,000,000. The U.S. Government was said to be desperately trying to conceal the crime, even as its forces chased the criminals across the oceans of the world. more… 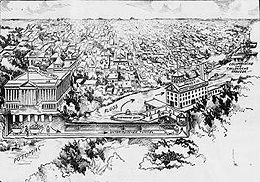 In 1928, the Berliner Illustrirte Zeitung published an article about a Bride Import company that was supplying wives to the men of Liechtenstein. Women were being shipped into the country in freight cars, the magazine claimed, and were sold at marriage markets. The article provoked outrage in Liechtenstein, particularly because all the brides shown being imported seemed to be extremely overweight. more… 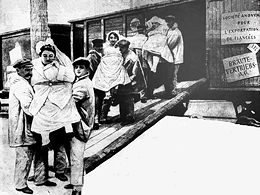 Back in 1921, a widely reprinted story claimed that German farmers had developed a method of obtaining lard from live pigs by operating on the pigs to remove the rashers, then bandaging the pigs up and letting them heal. Supposedly the operation could be repeated three times a year. The story was actually a German April Fool's Day spoof that was mistaken by the American and British press for real news. more… 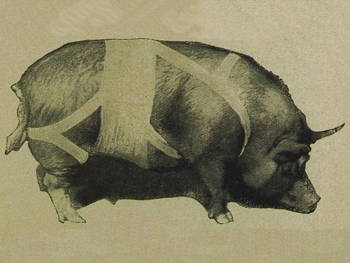 The publishers of the Social Directory of the United States were embarrassed when, in 1939, they were tricked into including a pair of dachshunds in their listing of prominent American families who "through culture, ancestry, tradition and aristocracy of achievement have risen and maintained the heights of social leadership." more… 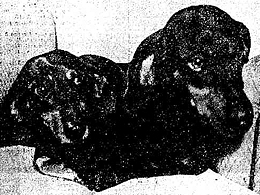 The website KonstantKitten.com claims to offer a service that's like a Netflix for kittens, in that it allows customers to rent kittens through the mail and exchange them every 3 months for new ones. But rest assured, it's fake. more… 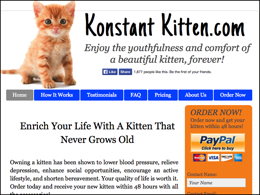 From the incompetent criminals file: Back in 1974, 20-year-old Kenneth Lutz of Grand Terrace, California thought he had found an easy way to scam his parents. He kidnapped himself. He did this by attaching a note to his parents' front door demanding $5000 in $20 bills for his return, with instructions that the money be "put out when you go to work Wednesday," and signed the note, "the kidnaper". Then he went into hiding. However, he didn't hide very well. When the police arrived a few hours later they found him sitting at a desk in a camper van behind his parents' home. He promptly confessed that he had written the note, and that no one else was involved in the scheme, explaining, "I wanted the money and it sounded like something that could be done." A detective said that the circumstances of the case had immediately aroused his suspicions because, "You tell me one kidnapper that signs his name 'kidnaper' at the bottom of a note." 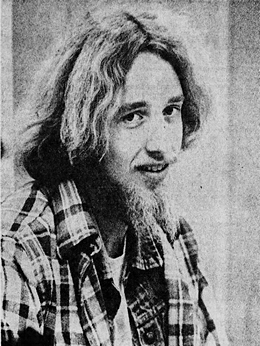