People want to look good in photographs, and photographers have a lot of tools at their disposal to help them. Make-up and lighting can improve a person's appearance as the shot is being taken, but after the picture has been captured, image manipulation software (most famously Adobe's Photoshop program) can work even more wonders.

Wrinkles can be erased, blemishes removed, skin tone evened out, fat rolls melted away, breasts enlarged, and tummies shrunk, all with the click of a mouse. This is known as 'Digital Plastic Surgery,' and it's become such a common practice that it's rare to find a photo in a fashion or entertainment magazine that hasn't been touched up in some way.

Few people have a problem when photo editors remove a few pimples or stray hairs from a celebrity's face. But when photos are changed so much that the end result looks significantly different than the real-life person, that does still raise eyebrows (figuratively speaking).

In extreme cases, a photo editor might even opt for 'total body replacement,' which involves digitally transplanting a person's head onto someone else's body.

Of course, Digital Plastic Surgery dates back long before the arrival of image manipulation software. The practice is almost as old as photography itself. In the pre-Photoshop era, it was simply Darkroom Plastic Surgery. 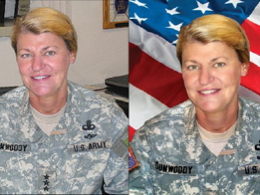 November 2008
The Fake General Dunwoody
When Ann Dunwoody became the first four-star general in the American military, the Army released a doctored photo of her to the media.
Continue reading… 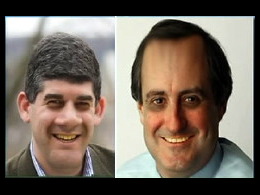 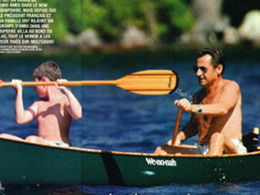 August 2007
Sarkozy’s Disappearing Love Handles
Paris Match was accused of pandering to French President Nicolas Sarkozy when it reduced the size of his love handles in this photo of him canoeing with his son.
Continue reading… 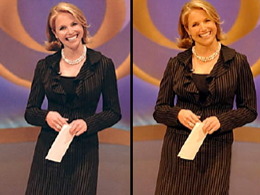 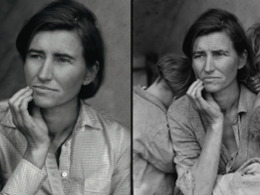 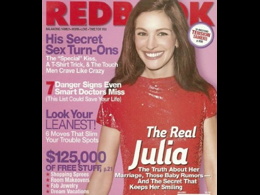 July 2003
The Real Julia
Julia Roberts' head was pasted onto a younger version of her body.
Continue reading… 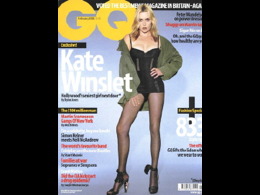 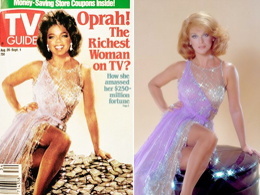 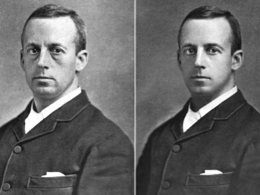 1895
A Man’s Portrait Retouched
In their 1895 work Photography: Artistic and Scientific, authors Robert Johnson and Arthur Brunel Chatwood offered an example of how retouching could improve a portrait. They also defended the practice, writing: "that judicious retouching is a very great advantage we have no doubt whatever; it is an absolute necessity, in our opinion, in order to obtain the best result, which is admittedly the object of all art."
Continue reading… 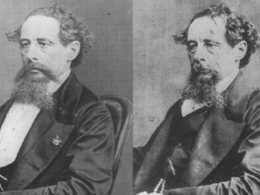 December 1867
Dickens in America
An early example of how a celebrity's appearance could be tidied up in the darkroom. The portrait of Dickens on the right was taken in 1861. But during Dickens' 1867 tour of the U.S., the Matthew Brady studio used darkroom techniques to improve the photo, producing the portrait on the left, which they sold to the public, promising that it showed "Mr. Dickens just as he is in his readings."
Continue reading…