In 1939 a secretive cult known as the Royal Fraternity of Master Metaphysicians made headlines when its leader, James Bernard Schafer, announced their intention to conduct an unusual experiment. They were going to raise an immortal baby.

The infant that was to live forever was blue-eyed, red-haired Jean Gauntt. Her mother, New York City waitress Catherine Gauntt, had indicated that she was too poor to afford to raise Jean, so she gave Schafer permission to take charge of her. Catherine Gauntt was not a member of Schafer's organization.

The Master Metaphysicians didn't officially adopt Baby Jean, but they brought her into their luxurious Long Island mansion (the former Vanderbilt mansion, which they had renamed "Peace Haven") when she was three-months old, and they had complete control over every aspect of her life.

Baby Jean was given a private nursery where, in addition to a nurse who attended her twenty-four hours a day, she was constantly watched over by Schafer's followers. The plan was to make her immortal by never allowing her to hear mention of death or disease. Nor would she be exposed to any "bad or destructive" thoughts. No unkind words would ever be spoken in her presence. She would eat an all-vegetarian "eternity diet." As she grew older, she would learn about alcohol, tobacco, coffee, tea, mustard, vinegar, and spices, but she would never consume any of them. She would receive constant instruction in the group's philosophy, becoming the embodiment of Schafer's belief that immortality "can be actually achieved, not as a ghost or spirit." When she was old enough she would assume control of the Royal Fraternity as its immortal leader.

Schafer boasted, "I can think of no child outside of royalty who might have had a better start in life." 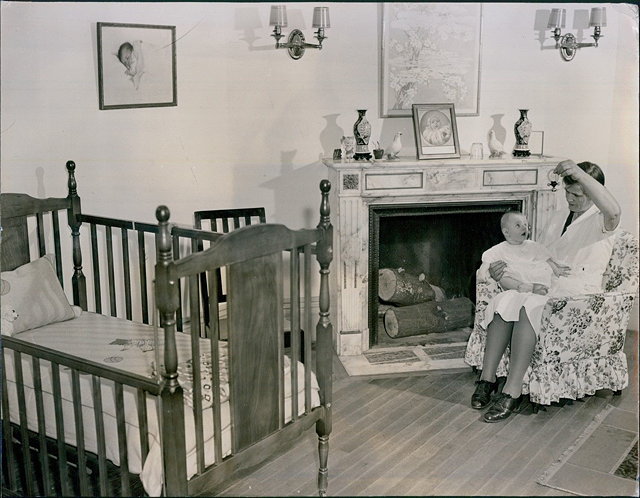 Baby Jean in her nursery at the Vanderbilt Mansion, attended to by a nurse 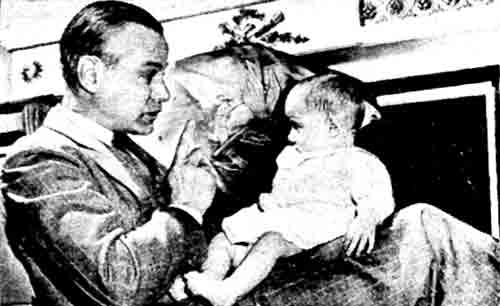 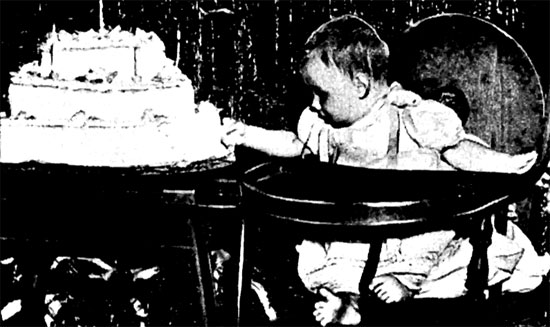 However, despite high hopes and grand promises, the experiment in immortality only lasted fifteen months. In December 1940, the Master Metaphysicians abruptly returned Baby Jean to her parents who were living in a New York rooming house.

Schafer attempted to put a positive spin on the experiment's end. He explained, "Now the parents have adjusted themselves and they want her back." In fact, Mrs. Gauntt had retained a lawyer who had sent an ultimatum to the Master Metaphysicians demanding the return of the child. This same lawyer was also representing clients who were suing the organization for fraud. Within days of Baby Jean's return, Schafer was in court defending himself against charges of grand larceny. 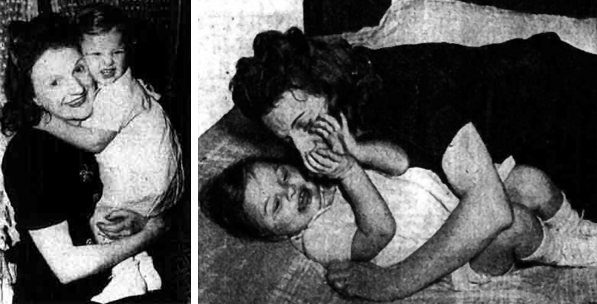 Baby Jean reunited with her mother

Baby Jean was brought back to her parents' home by one of Schafer's followers. Schafer sent along detailed instructions so that the parents could maintain Jean on the "eternity diet." Schafer told the press, "Whether Jean goes on being immortal is for her parents to decide."

However, the Gauntts had no intention of raising an immortal child, and they immediately discarded the eternity diet. The press reported that within hours of her return Jean was happily consuming prunes -- a food that wasn't part of the diet.


James Schafer and the Master Metaphysicians 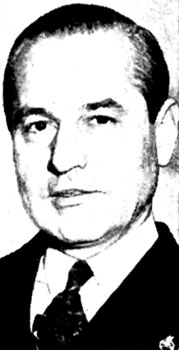 James Schafer created the Royal Fraternity of Master Metaphysicians in the 1920s. Although he was the leader of the organization, he called himself simply the "Messenger." He described its purpose as being, "the joyous work of helping others to help themselves." Time Magazine described it as "a theological goulash of Rosicrucianism, Christian Science, Christianity, Supermind Science, faith healing and How to Win Friends and Influence People."

Schafer made numerous remarkable claims. For instance, he boasted that he could automatically dematerialize persons or things that stood in his way. He also preached that illness and death were caused by destructive thinking.

By the late 1930s his organization had attracted thousands of followers, the majority of whom, reportedly, were middle-aged women. However, there was also an inner circle of male metaphysicians who called themselves "The Storks." They wore diaper pins as lapel emblems to identify each other.

There were rumors that Schafer enjoyed more than just the spiritual admiration of his followers. A witness later testified that it was common to see women members hugging and kissing Schafer. Schafer explained these actions by saing, "I can't deprive them of that. It's their aspirin."

Schafer grew quite wealthy. He raised money by selling "fellowship certificates" for a minimum price of $100 apiece. These certificates were accompanied by checks signed by Schafer and drawn on the "Inexhaustible Bank of the Infinite in Universal Mind." They were dated "Eternal Now," and were payable in the currency of "Ideas and Everything Desired With No Limitations." His followers could also give "love offerings" of $5. Children could join his "Cosmic Network," through which they could donate 1 cent stamps.

Schafer tried to shield his wealth by seeking tax-exempt status as a religious organization. However, the state Supreme Court ruled that there was nothing religious about his organization "except, possibly, the solicitation and receipt of funds."

Nevertheless, by 1938 Schafer had grown wealthy enough to purchase the 800-acre Vanderbilt Estate in Long Island as a retreat for himself and his followers. He renamed the 110-room mansion "Peace Haven." Then in 1939 he announced his intention to bring Jean Gauntt into the mansion and prepare her for everlasting life through metaphysics and a special diet.

These activities, as well as an increasing number of complaints from former members who claimed Schafer had conned them out of thousands of dollars, attracted the attention of the Attorney General. Criminal charges were brought against him in 1940. At the trial, the judge denounced him as "an admitted thief not unlike the horse thief of old." In 1942 he was sent to Sing Sing Prison to serve a sentence of up to five years. Schafer also lost his estate because he was unable to keep up with the payments. The estate is now owned by Dowling College.


What Became of Schafer and Baby Jean?
Upon release from prison, Schafer opened a correspondence school in metaphysics in upstate New York, and he published a magazine devoted to metaphysical issues. However, he never attained his former wealth or fame.

On April 26, 1955, Schafer and his wife Cecilia were found dead in their car on the grounds of his school. There was a suicide note on the seat beside them. They had killed themselves by running a vacuum cleaner hose from the engine through the floorboards, dying from carbon-monoxide poisoning. Schafer was 59. His wife was 55. The suicide note left detailed instructions for their daughter on how to continue operating the school. It also stated that they had "no other way out."

It was reported that, as of 2002, Jean Gauntt was still alive and well. She was said to be married with children of her own. However, she preferred not to publicly discuss her past history as the Immortal Baby.
Links and References
Death Religion Hoaxes of the 1930s
Tweet

I have a record of a James Bernard Schafer born on that date who married Edna Hazel Diebel in Michigan in 1915, and in 1930 they are living in Queens NY, with their 2 children. I cannot find any census records for 1940 with this family.

The James Bernard Schafer that married Edna Diebel also was a battery manufacturer in 1919 in Michigan prior to moving to NY and was stopped from selling under his company name by the Federal Trade Commission due to illegal use of the company name.