Twitter announced they were shifting to a two-tiered service. Users of the basic service, "Twttr", would only be able to use consonants in their messages. While those who upgraded to the premium "Twitter" service for $5 a month would also be able to use vowels. The company posted an example, showing how Barack Obama's famous post-election-victory tweet would have appeared with the new Twttr service. 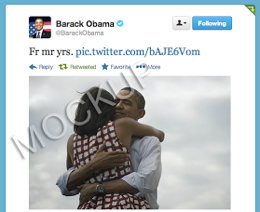 The company explained they were doing this in order to "encourage a more efficient and 'dense' form of communication." But they pledged that "'Y' should always be free to everyone — today and forever."