The Orlando Sentinel ran a story about a creature known as the Tasmanian Mock Walrus (or TMW for short) that it said made a perfect pet. The creature was only four inches long, resembled a walrus, purred like a cat, and had the temperament of a hamster. What made it such an ideal pet was that it never had to be bathed, used a litter box, and ate cockroaches. In fact, a single TMW could entirely rid a house of its cockroach problem.

Reportedly, some TMWs had been smuggled in from Tasmania, and there were efforts being made to breed them, but the local pest-control industry, sensing that the TMW posed a threat to its business, was pressuring the government not to allow them in the country. An accompanying photo showed protestors picketing outside the offices of the Orlando city government to call attention to the plight of the TMW. Dozens of people called the paper trying to find out where they could obtain their own TMW. 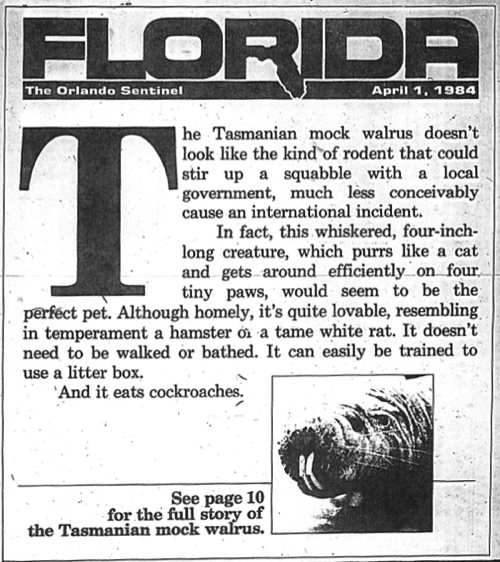 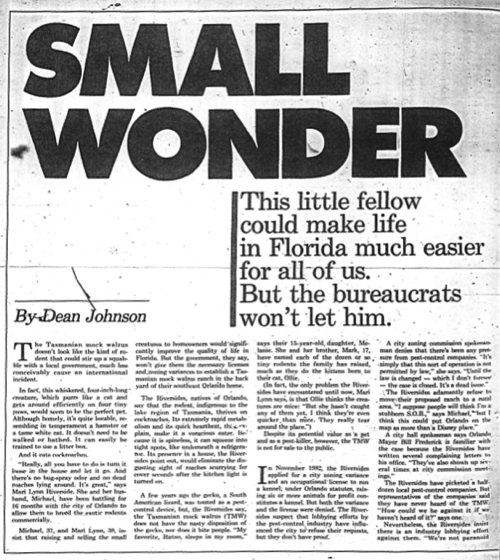 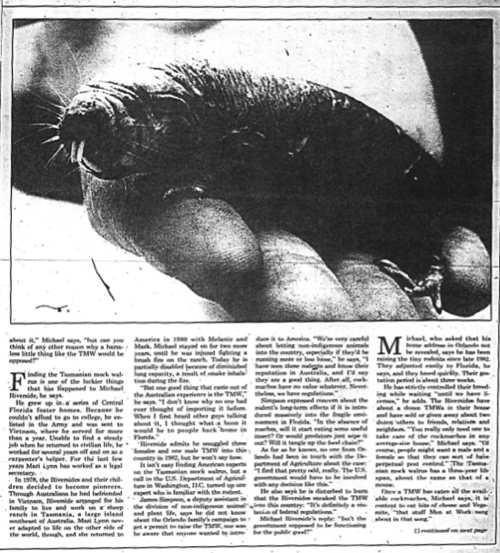 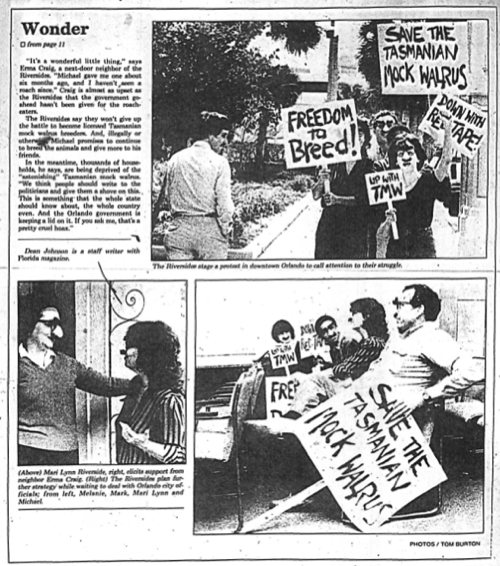