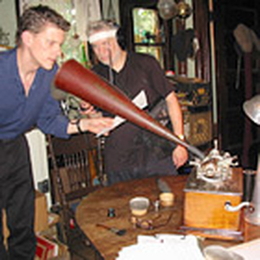 National Public Radio's All Things Considered ran a segment about the efforts by preservationists to transfer audio recordings to a durable medium that would last far into the future. The medium they had decided upon: shellac (what Edison used when he first invented recording technology back in the nineteenth century). Rick Karr reported: