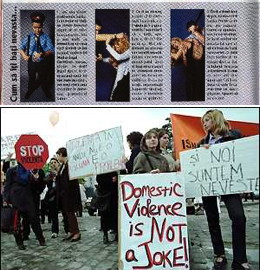 The Romanian edition of Playboy published an article titled "How to beat your wife without leaving a trace." Written from the point of view of a policeman, it offered a step-by-step guide to concealable abuse, suggesting that abuse could lead to a better sex life.