High water Hulett square? Sure, it's an April Fool joke, but just how the picture was taken is the photographer's own private little joke. The picture was taken this morning, definitely. The public works department crew was NOT called upon to open hydrants. The photographer did NOT get his feet wet. Store clerks and bank tellers did NOT have to take to the lifeboats. Asked 'how' as well as when, where, and why, the photographer said 'it is understood from a reliable source that magic can be produced with mirrors.' 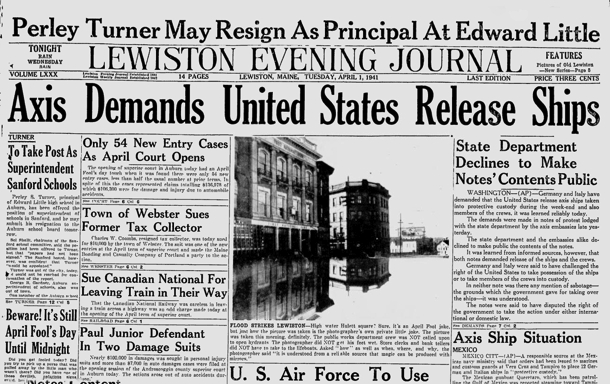