Of course, pandas eat mainly bamboo. This was seen as a positive, as it meant the pandas were unlikely to attack farm animals. However, bamboo is not found in the pyrenees. Therefore, the plan was to use a helicopter to fly several tons of bamboo to the pandas every week.

Naturalists also appreciated that the pandas were two-tone. Their black fur would be easy to spot in the snow, and conversely, their white fur would reflect car headlights, possibly averting tragic accidents such as happened in August 2007 when a bear was killed by a vehicle. 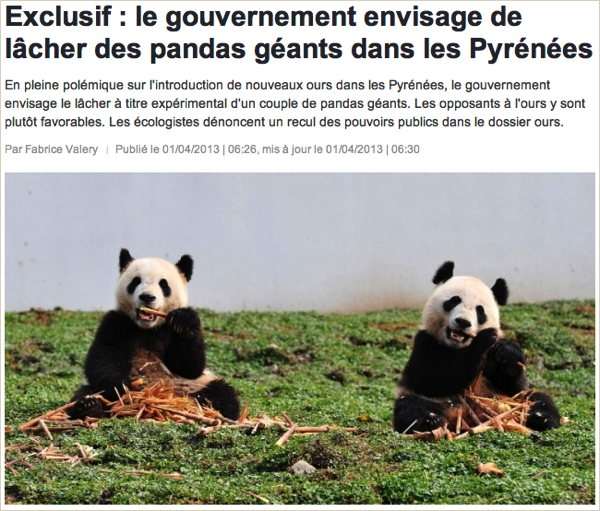