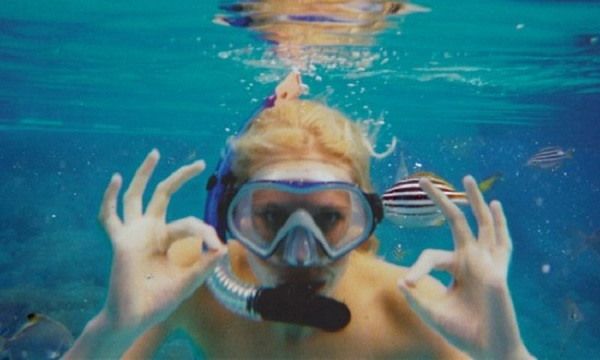 Zilla van den Born told her friends and family that she was going on a 5-week holiday to Southeast Asia. She waved goodbye to her family at the airport. And then for the next 5 weeks all her Facebook friends got to see photos of Zilla enjoying her awesome vacation. But the reality was that Zilla never left Amsterdam.

She remained there in an apartment with her boyfriend, and the two of them spent their time creating fake vacation photos to post on Facebook.

Many of the photos were photoshopped. For instance, Zilla took an underwater photo of herself in a swimming pool, and then photoshopped fish into the background. But she created a shot of herself visiting a Buddhist temple simply by going to a local temple in Amsterdam. 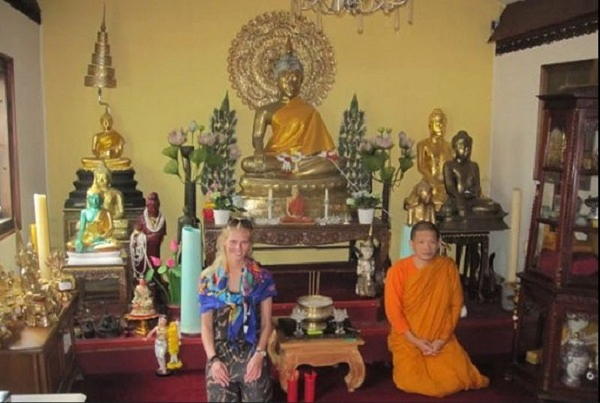 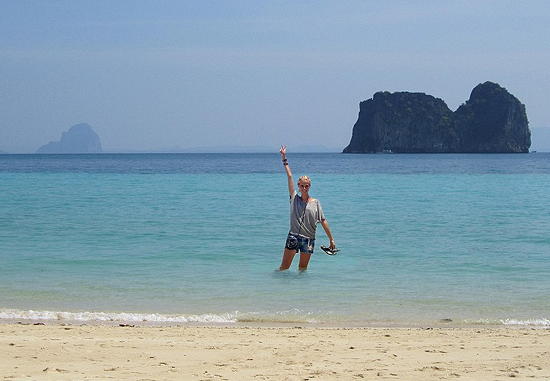 Zilla did all this for the sake of a university art project. She explained: "I did this to show people that we filter and manipulate what we show on social media, and that we create an online world which reality can no longer meet. My goal was to prove how common and easy it is to distort reality. Everybody knows that pictures of models are manipulated. But we often overlook the fact that we manipulate reality also in our own lives."

Find more info about Zilla and her fake-ation at the Daily Mail.

Update: And here's the page on which Zilla documents her fake vacation. (It's in Dutch.)


Fake Vacations Throughout History
Fake vacations are actually an old theme in the world of hoaxes. I've posted before about office workers creating elaborate fake vacations to impress colleagues. They take a week off, which they spend at home in front of a sunlamp. Then, on their return to the office, they regale everyone with tales of a holiday in some exotic location. Check out this 2003 article in the Guardian about how popular phony vacations are in Italy.

The Guardian article notes that the idea of phony vacations supplied the premise for the 2001 movie Mari del Sud (Our Tropical Island), "about an executive who discovers he has been swindled out of his money but, rather than lose face, locks himself in a cellar for two weeks in the summer with his family." That movie was, in turn, a remake of the 1999 German movie Südsee, eigene Insel. 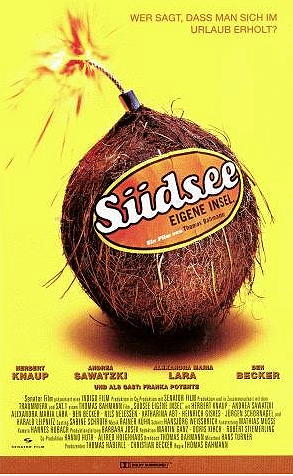 As for fake vacations as an art project, that's also been done before.

Back in May 1998, a group of Leeds University art students revealed that instead of using the grant money given to them for its intended purpose of staging a student art exhibition, they had used it to go on a six-day holiday in Costa del Sol. However, they said this use of the money was justified because the holiday was a form of performance art. They called the performance piece "Going Places."

This explanation made a lot of people very angry (including the Arts Society that had given them the money). But then the students revealed another twist. They actually hadn't gone to Costa del Sol at all. They had remained hidden in Leeds the entire time. They got tans via sunlamps. The photos of them frolicking in Costa del Sol were actually taken in Scarborough. The elaborately staged fake vacation was their form of a student art exhibition.

And if you want to go even further back in history, some might argue that Marco Polo's trip to China was the most elaborate fake vacation of all time. Because some scholars suspect that Marco Polo never went to China. Instead he spent his time at the Black Sea, where he collected other traveler's descriptions of China, weaving them into a narrative that he presented as his own journey.

And now you can kickstart the card game version of this very idea, which really does seem to be bubbling up into the public consciousness.

https://www.kickstarter.com/projects/cheapassgames/stuff-and-nonsense
Posted by John  on  Mon Sep 15, 2014  at  01:43 PM
Commenting is not available in this channel entry.