The Poetry of Yi-Fen Chou

Yi-Fen Chou described himself as "a technical writer and part-time antiques dealer in Fort Wayne, Indiana." He was also a poet whose work, since 2009, had been published in a variety of literary journals including Prairie Schooner, Michigan Quarterly Review, Cimarron Review, South Dakota Review, The Spoon River Poetry Review, and Painted Bride Quarterly.

Yi-Fen's big break came when one of his poems, "The Bees, the Flowers, Jesus, Ancient Tigers, Poseidon, Adam and Eve" (originally published in Prairie Schooner) was selected for inclusion in the 2015 edition of Best American Poetry edited by Sherman Alexie.

That's when the trouble started. As soon as he learned of his inclusion, Yi-Fen revealed to Alexie that his real name wasn't Yi-Fen Chou, nor was he Chinese-American. He was actually Michael Derrick Hudson, a white man who lived in Fort Wayne and worked at the Allen County Public Library. Yi-Fen Chou was merely a nom de plume. 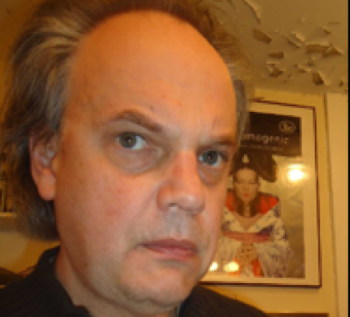 Hudson was quite open about why he had used an Asian name. He said it was a "strategy" he used to get some of his poems published that were otherwise consistently being rejected. Here's his explanation from the contributor's note to the anthology:


After a poem of mine has been rejected a multitude of times under my real name, I put Yi-Fen’s name on it and send it out again. As a strategy for ‘placing’ poems this has been quite successful for me. The poem in question…was rejected under my real name forty (40) times before I sent it out as Yi-Fen Chou (I keep detailed submission records). As Yi-Fen the poem was rejected nine (9) times before Prairie Schooner took it. If indeed this is one of the best American poems of 2015, it took quite a bit of effort to get it into print, but I’m nothing if not persistent.
This confession put Alexie in a bind. Was Hudson cheating or gaming the system of poetry submissions by using an Asian name? Was he "employing yellowface in poetry," as the blogger Angry Asian Man has put it? Perhaps, but after a lot of soul searching Alexie decided to include the poem in the anthology anyway, arguing that if he didn't it would "cast doubt on every poem I have chosen for BAP. It would have implied that I chose poems based only on identity."

When the finished anthology was released, the inclusion of a poem by a white guy using a fake Asian name inevitably created controversy, and people on social media reacted to the revelation with anger, outrage, and derision.

These writers have been accused of practicing a kind of reverse white privilege. They take advantage of an interest in hearing non-white voices, cynically hijacking that interest to promote their own work.

This charge can definitely be leveled against Hudson. Although there is a slight difference. With Yasusada, Koolmatrie, and Carter, the identity of the authors was an essential element of the works. The work of Wanda Koolmatrie, for instance, fully represented itself as being about the Aboriginal experience.

Yi-Fen's poetry, however, reads like something that a white, midwestern man would have written. All the references in it come from European/American culture. There's nothing Chinese about it, except for the name of the author. This is actually one of the things that intrigued Sherman Alexie about Yi-Fen's work and led to his decision to select it as one of the "best" American poems of 2015. Alexie wrote:


it contained nothing that I recognized as being inherently Chinese or Asian. There could very well be allusions to Chinese culture that I don't see. But there was nothing in Yi-Fen Chou's public biography about actually being Chinese. In fact, by referencing Adam and Eve, Poseidon, the Roman Coliseum, and Jesus, I'd argue that the poem is inherently obsessed with European culture. When I first read it, I'd briefly wondered about the life story of a Chinese American poet who would be compelled to write a poem with such overt and affectionate European classical and Christian imagery, and I marveled at how interesting many of us are in our cross-cultural lives, and then I tossed the poem on the "maybe" pile that eventually became a "yes" pile.
Given this, some people online have defended Hudson, arguing that there's nothing wrong with using a pseudonym (see this reddit thread and this one). They suggest that if fault lies anywhere, it lies with the editors who assumed Yi-Fen was a Chinese man, even though there was nothing in Yi-Fen's work (besides his name) to suggest this.

Though, of course, with a name like Yi-Fen Chou it would be hard not to assume the man was of Asian descent.


The Poetry of Michael Derrick Hudson
One irony about the Yi-Fen hoax. Hudson claimed that he used the name as a way to get poems published that had been rejected "a multitude of times under my real."

This statement might make one think that Hudson was having difficulty getting published. But his list of publication credits, under his own name, belies this. Journals that had published his work included Columbia, Georgia Review, Gulf Coast, Iowa Review, North American Review, New Letters, and Washington Square, among others. So he was well published.

Hudson had also received a number of awards, including the River Styx 2009 International Poetry Contest, the Madison Review’s 2009 Phyllis Smart Young Prize, the 2010 and 2013 New Ohio Review Prize for Poetry, and the 2014 Manchester Poetry Prize (worth £5000). His poems had also been nominated for a Pushcart Prize by Greensboro Review and North American Review.

In other words, Michael Derrick Hudson seems to have been doing quite well as Michael Derrick Hudson. He probably thought it was a clever idea to use an Asian name to place poems that were otherwise not catching the eye of editors. This strategy may have been successful in the short run. But in the long term, it's certainly badly backfired on him. And it backfired because Yi-Fen's work attracted too much attention. The pseudonym bit back. Now he'll be lucky if he gets published as Hudson or Yi-Fen.

This hoax is far more revealing, but for some reason completely ignored by the media