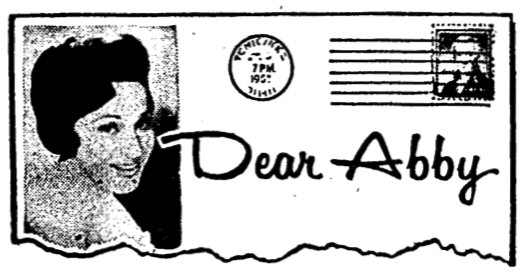 A few days ago, the Concourse blog posted about a recent letter to Dear Abby that clearly had to be fake. Here's the letter.


DEAR ABBY: I'm the happily married mother of two teenage boys. The other day I overheard my older son (age 17) talking with a friend about "twerking." I have never heard of it and now I'm worried. Is twerking a drug term? Is it similar to "tripping," "getting high" or "catfishing"?

My 17-year-old is supposed to go to Princeton next year on a sports scholarship, and I'm afraid "twerking" will derail him from his charted path. Thank you for any advice you may have. — TROUBLED MOM IN CONNECTICUT

As The Concourse points out, are we seriously supposed to believe that this "troubled mom" took the time to write to Dear Abby to find out what twerking is, instead of spending ten seconds to google the term? Also, Princeton doesn't award sports scholarships.

A fake letter to Dear Abby should come as no surprise, because there's a long history of people writing fake letters to her. (And by 'her' I mean Abby, aka 'Abigail Van Buren,' which was the pen name of Pauline Phillips, who died last year in Jan 2013. The column is now written by her daughter, Jeanne Phillips.)

The fake letters come in three varieties:
Here are some examples of each type of letter. 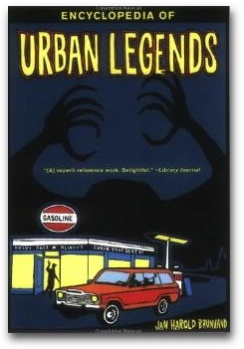 In his Encyclopedia of Urban Legends

For instance, in 1991 an anonymous correspondent recounted the "Videotaped Theft" urban legend (which had circulated widely throughout the 1980s), in which the father of a bride realizes that the cash he had brought to the wedding to pay the band and caterers has disappeared, only to find camcorder footage which shows the bridegroom stealing the money. The Dear Abby correspondent claimed he was a professional photographer who had videotaped such an incident, and he asked how he should handle the situation. Dear Abby said that he should show the tape to the bride's father and let him draw his own conclusions.

Another urban legend that was popular during the 1980s was the "slasher under the car," which involved the claim that men were hiding under cars in mall parking lots and slashing women's ankles. No such crime had ever been documented. But as Brunvand notes, "Although most of the numerous local newspaper articles about the story have debunked it, Abigail 'Dear Abby' Van Buren expressed no disbelief whatever in commenting on a reader's letter she published in her column in 1992." 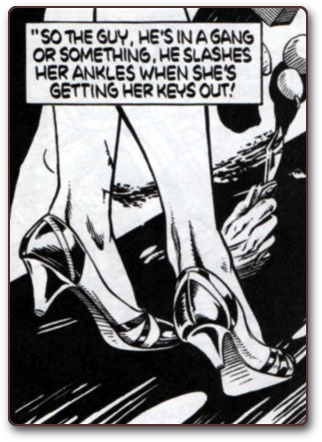 Image from The Big Book of Urban Legends

Using Dear Abby to Prank Someone Else: the case of the Baton Twirler
On July 11, 1996, Dear Abby ran a letter from an "architect" who confessed that he had an unusual habit.


Dear Abby : I am a man who by most people's standards would be considered normal. I am an architect in my late 40s and lead an average life, except for my hobby: baton twirling.

I have been fascinated with baton twirling since I was a boy. I never took it up, however, for fear of appearing effeminate. Now that I am a man and comfortable with my masculinity, I twirl in my home or back yard during my leisure moments. Abby, I cannot describe to you how much flak I have received about this.

While baton twirling may be an unusual hobby, I don't see what is so wrong with it. What do you think? I am unashamed, and proud to print my name. Michael Deibele, Portland, Ore.

Dear Michael: Baton twirling is an admirable feat. It requires perfect timing as well as nimble fingers. If you wore a tall hat and had a marching band behind you, no one would give it a second thought. Besides, I would rather see men twirling batons than hurling them. Enjoy yourself.


After the letter ran, Deibele protested that he had never sent any letter to Dear Abby. Nor was he a baton twirling enthusiast.

Eventually the truth came out. A young woman, Julie Wilborn, confessed that she had sent the letter. She explained that she had sent it as a prank to get back at Deibele, who was a friend of her parents, for a joke he had played on her when she was 9 years old. She could no longer remember what Deibele's joke had been, but she remembered swearing she would get back at him one day. And she did.

When he learned who had sent the letter, Deibele said, "It (the practical joke) was just wonderful, and I am not getting even with her."

Dear Abby promised that it would, in the future, do more fact-checking of all the letters it received.


Pranking Dear Abby
The most famous case of someone pranking Dear Abby occurred in March 2004, when Dear Abby decided to run a letter from "Stuck in a Love Triangle," who described herself as a 34-year-old mother of three who had been married for ten years to a "greedy, selfish, inconsiderate and rude" man.

The writer explained that her husband, Gene, had given her a bowling ball for her birthday. However, the ball had holes drilled to fit his fingers and was embossed with his name.

Recognizing that the ball was intended for himself, the woman nevertheless decided to learn to bowl, and at the bowling lanes she met a man named Franco who was "kind, considerate and loving."

The letter continued, "I no longer love Gene. I want to divorce him and marry Franco. At the same time, I'm worried that Gene won't be able to move on with his life. I also think our kids would be devastated. What should I do?"

Abby counseled "Stuck" to tell her husband everything because, "To save the marriage, he might be willing to change back to the man who bowled you over in the first place."

The letter, which Dear Abby titled ""Wife meets perfect match after husband strikes out," never actually made it to print because a newspaper editor, upon receiving the column, recognized the letter as exactly mirroring the plot of an episode of "The Simpsons" — "Life on the Fast Lane" (Season 1, episode 9. Aired March 1990).

The editor contacted Universal Press Syndicate, which pulled the column before it ran nationally. 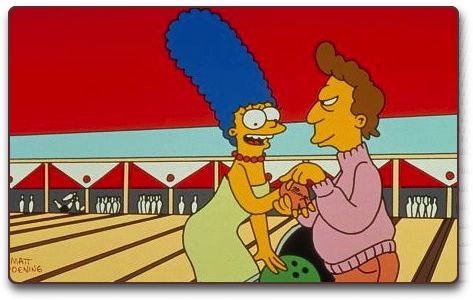 Scene from "Life on the Fast Lane"

And then there is the even larger category of letters which were never even sent in, but have been written by members of the staff to fill the columns. I can't claim that "Abby" itself has many of these, but rest assured that agony aunt columns all over the world - particularly, but by no means exclusively those aimed at (young) teenagers - are chock-full of them, and so have provided easy money for budding writers and wannabe journalists for many decades.
Posted by Richard Bos  on  Sat May 10, 2014  at  05:28 AM
I sent in a question to a different small-time advice columnist. They have reprinted my question at least 5 times. Probably because they don't have anything else to print.

Posted by Joe Schmoe  on  Mon May 12, 2014  at  09:08 AM
OMG! I wrote a letter to Dear Abby, and it was a prank. Now I AM IN JAIL.
Posted by Gina  on  Sat Nov 22, 2014  at  08:10 AM
A variant of the "love triangle" prank was done in the 1970s, by the staff of BBC consumer magazine programme "That's Life", on a British agony aunt; they sent a letter under the pseudonym "Thelma", which in essence was a condensed version of the plot of Shakespeare's "Hamlet", and the column replied with all the "wrong" (according to how the plot of "Hamlet" resolves) advice! They gleefully broadcast this, upon which that agony column vowed that thereafter they would be more careful in checking correspondents' names for anagrams.
Posted by Robert Baker  on  Sun Oct 18, 2015  at  02:03 AM
Commenting is not available in this channel entry.