Who is the Angel of Kobane?

A viral photo allegedly shows a female Kurdish soldier who's slain over 100 Islamic State fighters. But a Swedish journalist who actually met the woman in the photo says she's a former law student who volunteered with the home guard or police force of Kobane, and isn't a front-line fighter. Therefore it's unlikely she's killed huge numbers of the enemy. [BBC Trending] 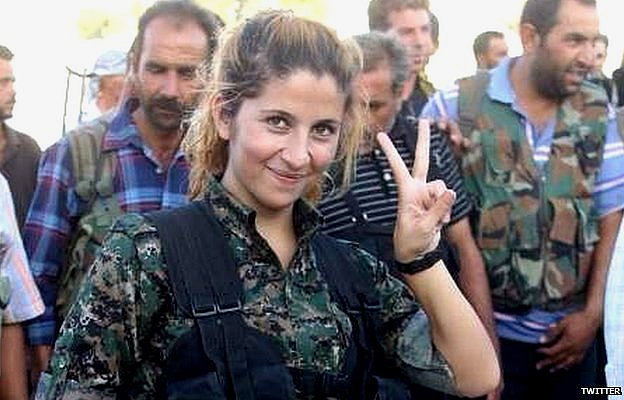