What Was The First Ever Photoshopped Image?

The Daily Mail recently posted an article online about the early history of photo fakery. The Daily Mail doesn't exactly have a reputation for quality journalism, so it shouldn't be that surprising that the article starts off with an historical error. It claims that an image (shown below) of Abraham Lincoln posing in a 'heroic' stance "could be the first ever Photoshopped image." 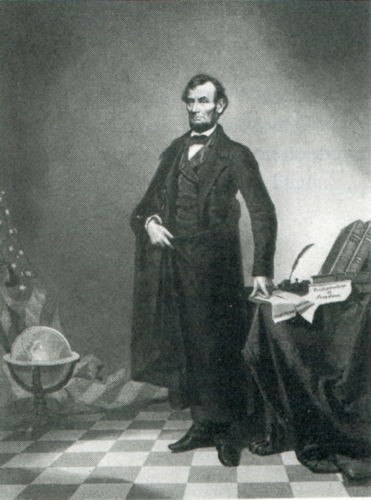 I understand the Daily Mail is using 'photoshopped' as a generic term to mean an image altered by darkroom tricks. But even so, the Lincoln image hardly qualifies as the first photographic fake. For one thing, the Daily Mail dates the image to 1860, but I believe the image really dates to 1864 or later. (I have a brief article about the image in the photo archive. It was a case of an unknown photographer pasting Lincoln's head onto the body of a portrait of John Calhoun.)

So what would actually be the first ever 'photoshopped' image?

A photo taken by Hippolyte Bayard in 1840, "Portrait of the Photographer as a Drowned Man," is generally acknowledged to be the first 'fake' photo. But it wasn't a case of darkroom trickery. Bayard simply staged the scene by posing as a suicide victim, and then he wrote a false caption claiming the photo showed himself after having drowned. 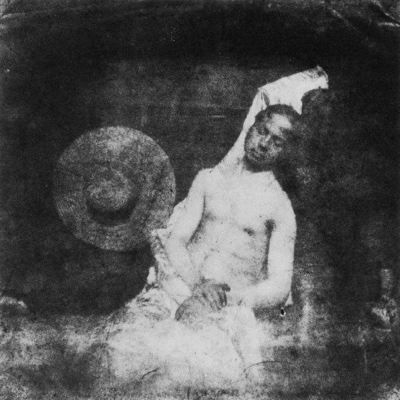 The earliest photos, created by the daguerrotype or direct-positive method, didn't lend themselves to darkroom alteration, because they didn't produce a negative. One positive print was created, and that was it.

It was the calotype method that really ushered in the era of darkroom trickery, because it created a (paper) negative that the photographer could alter and use to produce as many positive prints as he wanted. William Henry Fox Talbot invented the calotype method in 1841, but it took a while to gain popularity, for a variety of legal and technical reasons. During the 1850s, the calotype was improved upon by the collodion process, that produced a glass negative.

Oscar Rejlander is credited as being the first photographer to recognize the extent to which negatives could be manipulated in the darkroom in order to create entirely new images. He pioneered the art of combination printing -- that is, combining multiple photographs into one -- which later came to be known as photomontage. This is the technique people are generally referring to when they talk about images being photoshopped.

In 1857, he produced The Two Ways of Life (below) -- a combination print consisting of 32 images stitched together. This might qualify as the first photoshopped image. Although photoshopped implies fake, and The Two Ways of Life wasn't fake because Rejlander never claimed it was a real scene. He was using photographic techniques to create something that looked like a painting. 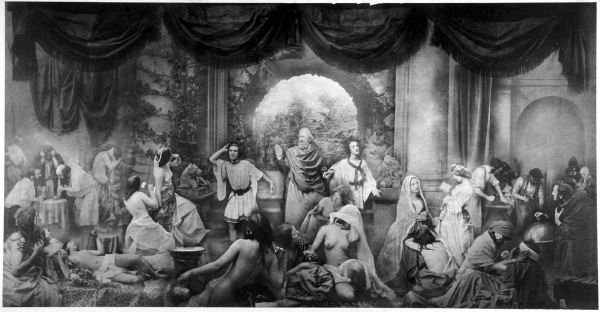 I think spirit photographs might qualify as the first ever use of 'photoshop' techniques for deliberate fakery. The idea that photographic tricks could be used to produce 'ghosts' in images was first suggested by Sir David Brewster in 1856. His idea was that the long exposure times required by the collodion process could be exploited by having someone quickly walk into the frame of the picture during the exposure, then out again. Their image would appear to be ghostly in the subsequent photograph.

Two years later, the London Stereoscopic Company used this technique to produce an image it titled, "The Ghost in the Stereoscope." Though it didn't claim this was a real ghost photo. 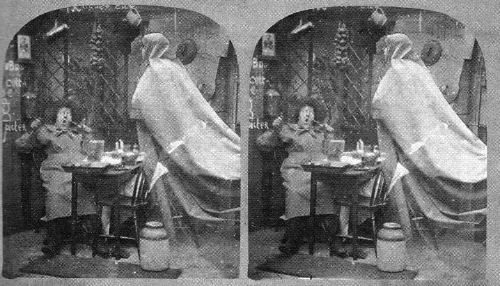 Three years later, in 1861, William Mumler of New York realized you could also use double exposures to create ghosts. That is, if you used a poorly cleaned glass negative on which a faint image already existed, this would create a ghost image in a subsequent photograph. He used this technique repeatedly, to great profit. Below is one of his first spirit photos from 1861. 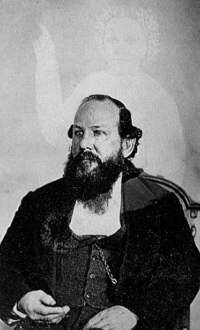 So perhaps Mumler is the first true photo faker. Although there were so many photographs being produced by the late 1850s, I wouldn't be surprised if there are other, earlier deliberate fakes that I'm not aware of.

I should think that, by definition, there could be no photoshopped images before, you know, Adobe Photoshop came out.. but yes, if we're talking 'altered' photos, those go back to the invention of the camera itself.
Posted by Robin Bobcat  in  Californian Wierdo  on  Sun Mar 04, 2012  at  01:21 PM
A chap IDd this image as fake back in 1913 - so the Mail is pretty late to the party;