Max Fisher of the Washington Post tells how Iran's Fars News Agency (which is often described as a "semi-official" news agency with ties to the government) recently revealed the shocking news that "The United States government has been secretly run by a 'shadow government' of space aliens since 1945."

It seems that these aliens initially supported the Nazis, but switched to Team USA after that didn't work out. This information, says Fars, comes from NSA leaker Edward Snowden. 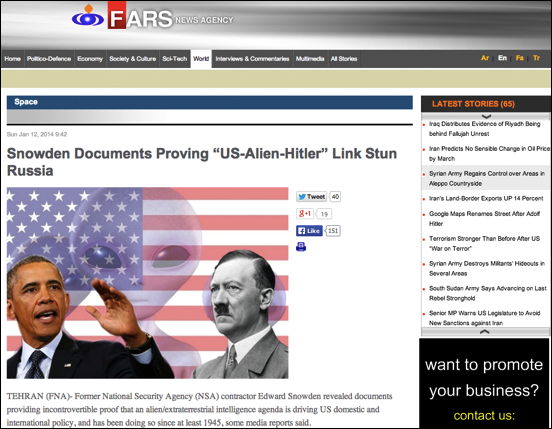