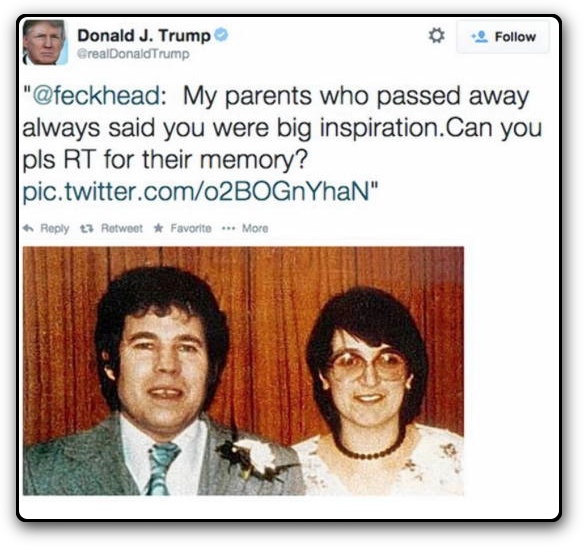 Prankster Philip Bradbury tweeted Donald Trump a photo, telling him it was a photo of his parents and asking if Trump could retweet it in their memory because he was a "big inspiration" to them. Trump obliged. But it turned out the photo was actually of the English serial killers Fred and Rose West.

Trump's response: "Some jerk fraudulently tweeted that his parents said I was a big inspiration to them + pls RT — out of kindness I retweeted. Maybe I'll sue."

Yeah, the prank was a bit juvenile, but it's classic Trump to threaten to sue.

Reminds me of April Fool's Day 1971, when the Texas House of Representatives was tricked into passing a resolution honoring the Boston Strangler.