Tom Woottwell had an interesting career. He was a "mock strong man," performing to crowds during the late nineteenth century. From The Strand magazine, July 1897: 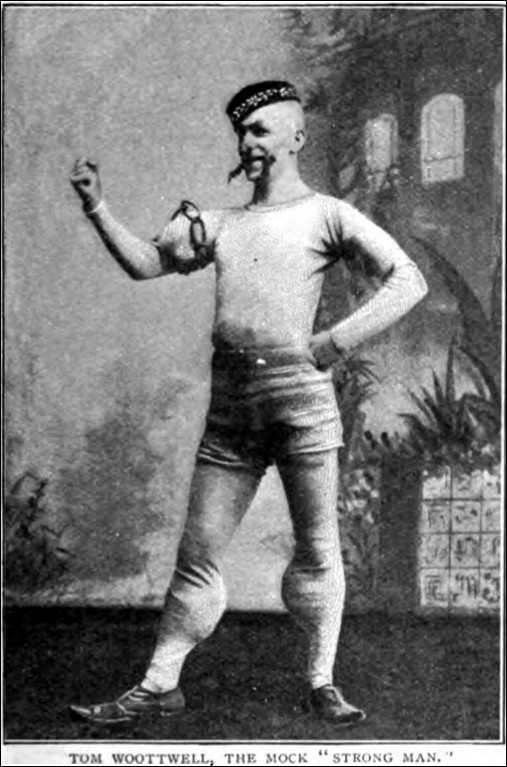 The show indicated in the photo here reproduced was screamingly comic. First, as to the costume of the mock "strong man." he is dressed in dilapidated old tights, which are supposed to be strained almost to bursting point at the arms and calves, owing solely to the abnormal muscular development of those parts. The calves are particularly funny — far less sinew than sawdust, however.

And observe the showman's leer as he strikes an attitude for the great feat of breaking a thick iron chain on the "muscles" of his arm. "Keep your eye on me, and you'll be astonished," he is saying. You would be, by the way, if you saw the next stage of the show. The man's mighty arm bends slowly but surely; his breath comes quick and short, and at the supreme moment the chain snaps asunder with an extraordinary uproar and flies right up into the wings — hauled up there, of course, by invisible wires.