[Since Halloween is fast approaching, I thought I'd do some ghost-themed posts.]

Back in 1935, the town of Landeshut (which at the time, I believe, was in Germany, but now is in Poland) had a bit of a problem. A ghost was scaring the residents. The specter had often been seen walking in a dark outer street near the hospital.

People were getting so frightened that the town decided to take the unusual step of offering a 50 marks reward for anyone who could capture the ghost. Fifty marks was about $20. According to the Inflation Calculator website, that would be $330 in today's money.

That doesn't seem terribly generous for such a difficult task. Though perhaps the meagerness of the reward wasn't an issue since I'm not sure how anyone was supposed to capture the ghost. Also, what would the town do with the ghost once it was captured?

Unfortunately, I haven't been able to find any follow-up to this story. So the fate of the Landeshut Ghost remains a mystery. 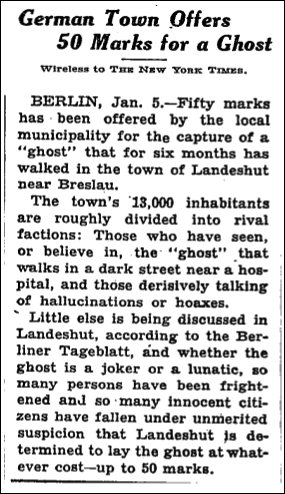 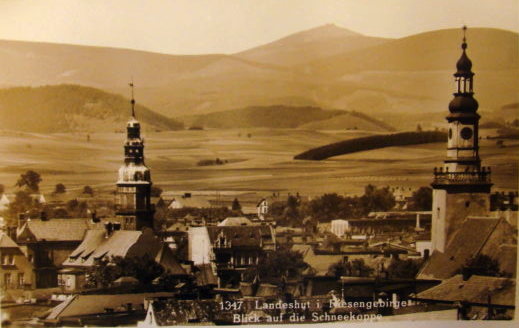 (above and below) Views of Landeshut 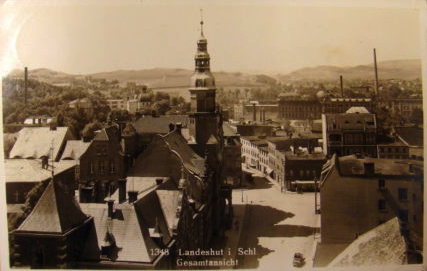 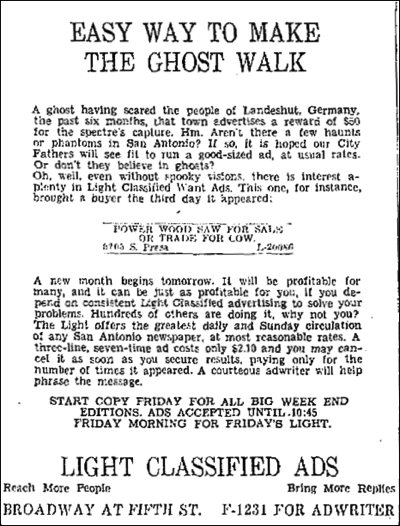