M.L. Nestel, writing for thedaily.com, reports that Tide detergent has become the hot new item targeted by thieves. He calls it a "Grime Wave." Nestel writes:


Theft of Tide detergent has become so rampant that authorities from New York to Oregon are keeping tabs on the soap spree, and some cities are setting up special task forces to stop it. And retailers like CVS are taking special security precautions to lock down the liquid.
According to Nestel, Tide has become a form of currency on the street, where it's known as "liquid gold." People trade it for drugs. A recent drug sting turned up more Tide than cocaine.

Apparently, thieves brazenly go into supermarkets, load up shopping carts full of Tide, and then dash out the front door, into waiting getaway cars. 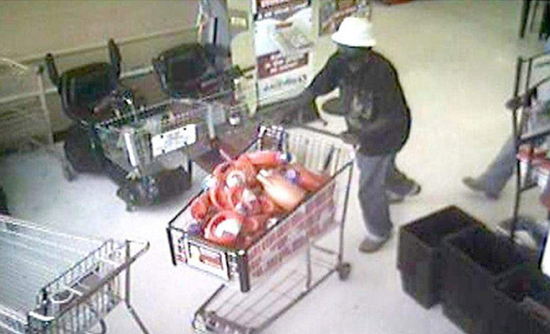 Nestel's story has been picked up by lots of other news outlets. So far I can only find one, NPR, which is doubtful about it. Their reporter, Jacob Goldstein, asks, "is this for real, or is this a ginned-up trend story?"

If it is a ginned-up trend story, where did Nestel get the idea for it? One source is an article that ran in the Twin Cities Pioneer Press on Feb. 16, about Patrick Paul Costanzo, who's been accused of stealing $25,000 worth of Tide from Walmart. It wasn't the only thing he was stealing, but it was the most unusual. Police Lt. Matt Swenke was quoted as saying, "Obviously, somewhere in our Twin Cities area there was a market for that (detergent). No one can use that much detergent." 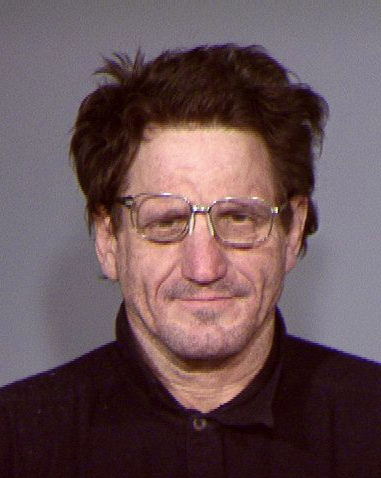 Patrick Costanze, accused Tide thief
And back in Dec. 2011, the gazette.net (Maryland community news) reported the theft of $15,000 worth of Tide from a local Safeway. But again, this article noted that Tide was just one of a number of common consumer products that were being stolen in large amounts. Other products popular among thieves included razor blades, infant formula, and diapers.

Update: Looks like the Great Tide Crime Wave was a ginned-up trend story, as many suspected. According to an article on foxnews.com, theft of Tide has long been a problem in the retail industry, and there's nothing new about this. Nor has the problem been getting worse recently.

Lt. Shannon Smith of the Somerset Police Department explains that thieves steal Tide, because it's a widely recognized brand-name household product, and then they sell it to small retail stores for half-price. This has been going on for ages.

Speaking as someone who works in a grocery store, I find it highly dubious. I've never seen anyone try to steal large quantities of tide. Usually if a shoplifter isn't just stealing a whole cartload of groceries for themselves, they're going for expensive meat & seafood items, razor blades, DVDs, baby formula, or cigarettes.
Posted by yoyogod  on  Tue Mar 13, 2012  at  08:26 AM
Our local news ran a story on this. They said that apparently the stuff is valuable on the black market in other countries... but enough to be worth stealing? I mean, sure, it's about $20/gallon or so, but even if they're getting double that, I just don't see how this is a profitable endeavour...
Posted by Robin Bobcat  in  Californian Wierdo  on  Wed Mar 14, 2012  at  06:38 AM
Gas pumps with hypodermic needles, Anyone?

Not too many years ago, a rumor about just such a thing took on a life of its on in the local and national media. Everyone had heard of a 'friend-of-a-friend' that had 'seen it'!

Odds are some policeman saw a bunch of Tide and said "That's odd." and some reporter nearby decided to turn it into an organized Tide Ring.
Posted by daveprime  in  Deep in the sticks...*yay internet!!*  on  Wed Mar 14, 2012  at  08:30 AM
Laundry detergent is about the most expensive non-perishable item in a grocery store that is not locked up like the baby formula or cigarettes; also it would be easier to unload since everybody uses it. Tide is the most expensive brand.
Posted by Brad  on  Wed Mar 14, 2012  at  09:54 AM
True, but it still makes you wonder.. I mean, the profit margin on such a thing must be very, very small. You would have to move hideous amounts of it to make it worth the effort, let alone the possible jail time.

And who do you sell it to? Are there little back alleys where shady deals go down for suds? I'm thinking it's probably being sold to mini-mart owners, or the guys working in cleaning businesses.
Posted by Robin Bobcat  in  Californian Wierdo  on  Thu Mar 15, 2012  at  12:05 AM
I noticed that the BBC has picked up the story recently, too.
Posted by Accipiter  on  Fri Mar 16, 2012  at  09:05 PM
Commenting is not available in this channel entry.