Bridges Auditorium stands on the campus of Pomona College in Southern California. A frieze on the front of the building displays the names of five great composers: Wagner, Chopin, Beethoven, Bach, and Schubert. But for a few days in April 1975, Chopin's name disappeared and was replaced by that of another iconic, but more modern composer — Frank Zappa. 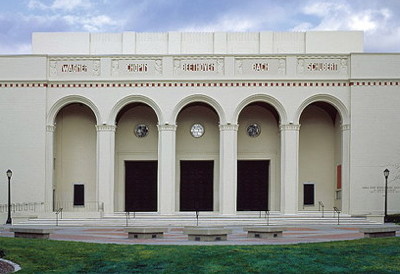 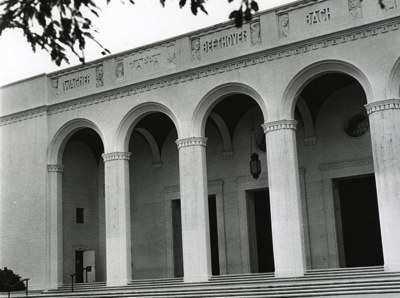 For years, no one knew who put Zappa's name up there. But in 2012, the pranksters finally revealed themselves, submitting a dossier about their prank to Pomona College Magazine, which published the details in its Nov. 2012 issue.

The pranksters were Pomona math majors John Irvine and Greg Johnson (both class of 1976). Although neither of them were Frank Zappa fans, when they learned that Zappa would be performing at Bridges on April 11, 1975, they decided his name should be on the building. And they elected to have him take the spot of Chopin, since Chopin was their least-favorite composer among the five on the building.

To pull off the stunt the pair created a 15x5-foot frieze out of Styrofoam with an aluminum frame, weighing 70 lbs. The frieze displayed Zappa's name, bookended by a bust of him on one end, and a marijuana leaf on the other. 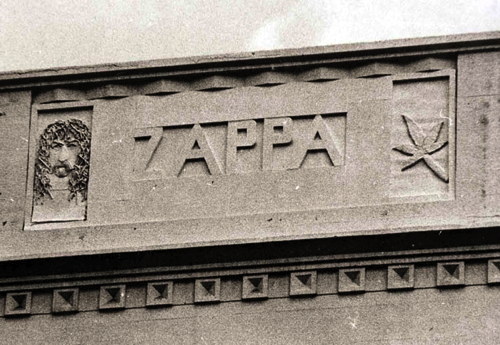 Fellow conspirators in the math department helped them to learn that between 2 and 3 in the morning was the time when campus security was least likely to walk by the auditorium. So this is when they installed their frieze. 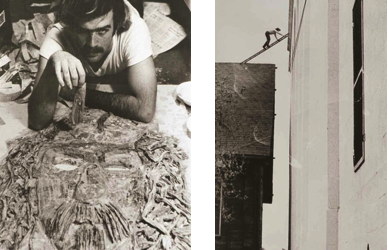 Irvine working on the Zappa bust (left); accessing the roof (right)
They gained access to the roof of the auditorium by extending a ladder from an adjacent building. They managed to position the frieze in place, wedged it into the recessed space of the Chopin frieze, and then secured it with heavy fishing line. 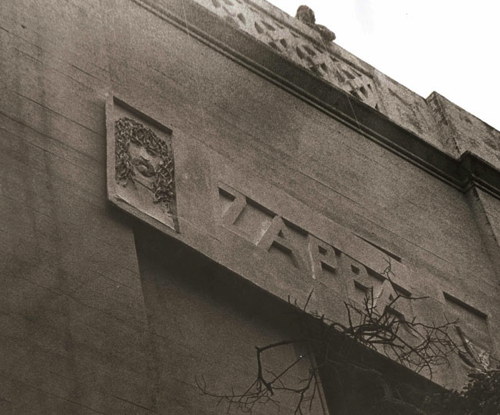 Hauling the frieze into place
The next morning the campus woke to find their handiwork.

Unfortunately, the pair hadn't managed to pull off the prank in time for Zappa's concert. They were a week late. But still, what they did is remembered as Pomona's greatest student prank.

The Zappa frieze remained in place for several days before being taken down by campus officials. The pranksters decided to keep their identity a secret in order to maintain a sense of "mystique" about the prank.