Rugby player Manu Tuilagi recently apologized for making bunny ears behind David Cameron's head during a photo shoot outside of 10 Downing Street. Cameron replied, "No need to apologise, I know it was just a bit of fun." [espn scrum] 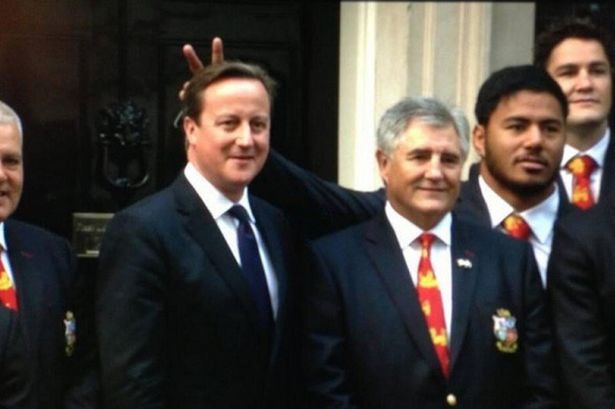 After a bit of searching online, the oldest example of making bunny ears that I could find is this 1944 World War II photo in which a French woman (apparently a prostitute) is jokingly making bunny ears behind the head of an American soldier. Her hand isn't fully in the frame of the photo, but it's clear what she's doing. 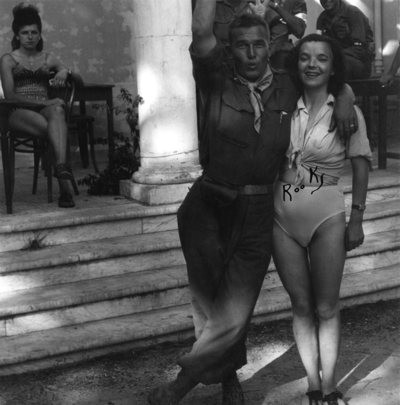 However, I'd be surprised if there aren't earlier "bunny ear" photos. They're just hard to find. Like looking for a needle in a haystack. But I'm sure they must be out there somewhere, hidden away in family photo collections.

As for the history of the gesture, I would guess that it's very old and that it does predate photography, because the idea of giving someone ears seems to me to be a reference to the ass-eared hats traditionally worn by fools (the "fool's cap"). 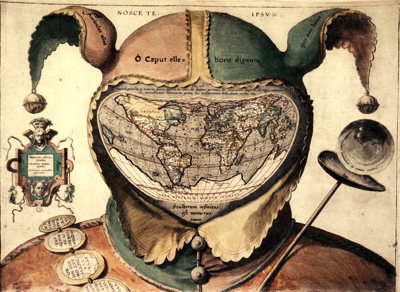 "Fool's Cap Map of the World," ca. 1580.
So even though we call the gesture "bunny ears," my theory is that the prankster is actually symbolically giving their victim the ears of an ass, and thereby making them look like a fool.

Fools and jesters have been wearing ass-eared hats for a long time. Here are some pictures of fools in the middle ages wearing the ass-eared hat. 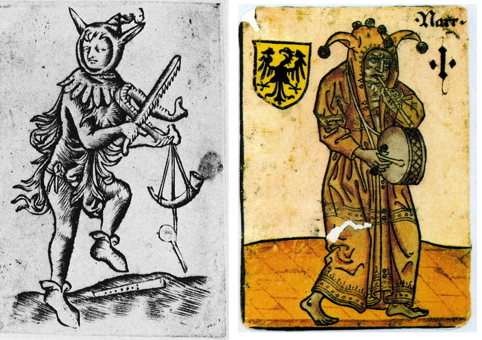 The association between ass ears and fools goes back to antiquity. An image found on an ancient terracotta vase shows a Roman jester wearing an ass-eared hat. And in mythology, there's the story of King Midas whose ears were transformed into those of an ass by Apollo, after Midas said he preferred the music of Pan to that of Apollo. 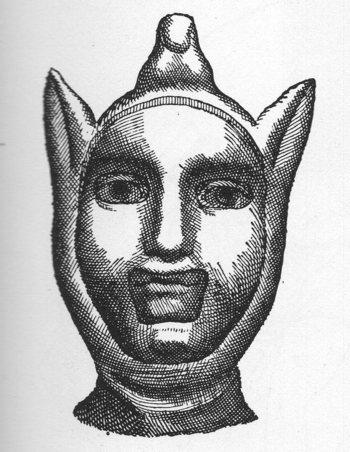 Roman jester wearing a hat with ears
So potentially the behind-the-head ear gesture could date back to antiquity. Though I've never seen references to it from before the 20th century. But then again, I haven't spent much time looking.

The corollary to my theory is that I don't think the bunny ears gesture has anything to do with the cuckold's horn gesture, even though the two are similar. And even though some people assume that bunny ears must be a form of cuckold's horns. For instance, this 2009 BBC News article makes that assumption: 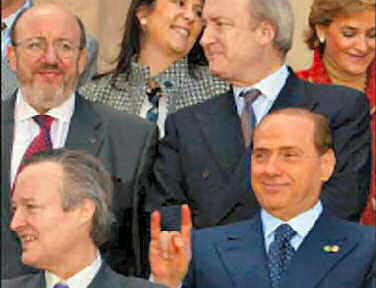 I thought Berlusconi was just sjpwing support for The University of Texas' Longhorns.
Posted by tadchem  on  Tue Sep 24, 2013  at  10:43 AM
Commenting is not available in this channel entry.