The Teenage Stock Market Genius Who Made $72 Million 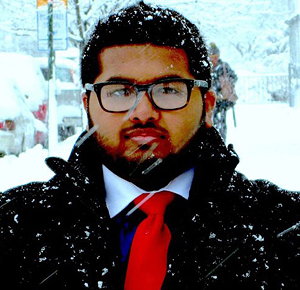 New York Magazine has egg on its face after running a story claiming that a 17-year-old Stuyvesant High School student made $72 million on the stock market. Within a day, the New York Observer had debunked the story, revealing that the actual amount the student made was $0. The kid hadn't even done any real trades, only simulated ones for the school's investment club.

So New York magazine is now learning one of the curious things about hoaxes, which is that while our society (and all societies) condemn lying, if a lie is absurd enough, we actually blame the person who believed the lie, not the person who told it.

The Details: 17-year-old Mohammed Islam ran an investment club at Stuyvesant High School, and the simulated trades he did for the club were doing well. Exactly how well he doesn't say, but evidently pretty well. And then, at some point, he started to claim that the trades weren't actually simulated, that they were real.

The story quickly raced around the school. Students talked about the stock market whiz kid who was doing million-dollar trades. Somehow the figure $72 million was conjured up as his net worth.

The story leapt from the school to the outside world when a student told his dad about it, and the dad happened to work at New York Magazine.

The magazine sent Jessica Pressler to investigate. She interviewed Mohammed, as well as his friend Damir Tulemaganbetov, who by now had jumped on board with the tale. The two of them told Pressler that they were going to be starting their own hedge fund soon.

By Pressler's own admission, $72 million seemed like an "unbelievable amount of money" for anyone, let alone a teenager starting with next to nothing, to make in the stockmarket, but she nevertheless bought the story hook, line, and sinker. What seemed to sway her towards belief was that young Mohammed had been featured on the website Business Insider as a prominent investor under 20 (though that site didn't claim he had made $72 million), and he had also been profiled in the school's newspaper. When NY Magazine later sent a "fact-checker" to the school, Mohammed produced "a document that appeared to be a Chase bank statement attesting to an eight-figure bank account." So it seemed like the story was confirmed.

Then the story hit the news. The New York Post immediately featured Mohammed on its cover. Media outlets, including CNBC, began clamoring to interview him. And Mohammed began to realize what a deep hole he was digging for himself.

He got the "crisis pr firm" 5WPR to represent him. They immediately arranged an interview with the New York Observer, and to them he confessed everything:


You seem to be quoted saying “eight figures.” That’s not true, is it?

Is there ANY figure? Have you invested and made returns at all?

Yes.
Of course, once the whole thing was revealed to be a hoax, it became an even bigger story, much to the chagrin of New York Magazine.

If there's a lesson to be learned from all this, perhaps it's of the power of the rags-to-riches story in American culture. The lure of the story was so strong that it completely seduced a major publication, despite the numerous red flags it should have seen — most prominent of which is the simple math of how in the world the kid could have made so much money so quickly. The New York Observer notes that, assuming Mohammed started out with $100,000 as a freshman (and where would he have got even that much?), he would have needed to make annual returns of close to 800% to get up to $72 million by his senior year. Unless you have knowledge of the stock market from the future, no one makes those kinds of returns year after year.

Which brings to mind a story that circulated back in 2003 of Andrew Carlssin, a trader who supposedly transformed $800 into $350 million in just two weeks thanks to a series of perfect trades. His success prompted an investigation by the SEC, to whom he explained that he didn't have insider knowledge. Instead, he was a time traveler from the future.

This story ran in a lot of publications, including the London Times. But it turned out to be complete fiction. It had originated as an article in the satirical Weekly World News and had then been mistaken as real news. But it demonstrates that this isn't the first time the media has fallen for absurd rags-to-riches stories.

The New York Times notes that, by coincidence, Pressler is leaving leaving New York magazine to join the "investigative unit" of Bloomberg News. Unfortunately for her, she's now going to have to forever carry around the baggage of being the reporter who fell for the absurd story of the teenage stock market multimillionaire.