A Vodafone commercial featuring talking puppets has been the subject of some strange rumors in Egypt. The buzz is that the commercial is full of coded messages telling Islamist terrorists to bomb churches.

You see, the commercial opens and closes with a shot of a four-branched cactus from which hangs a single Christmas ornament. The four branches, so the rumors suggest, represent the four-fingered salute of the Muslim brotherhood. The cactus itself represents bitterness and resistance. And the ornament is a bomb. 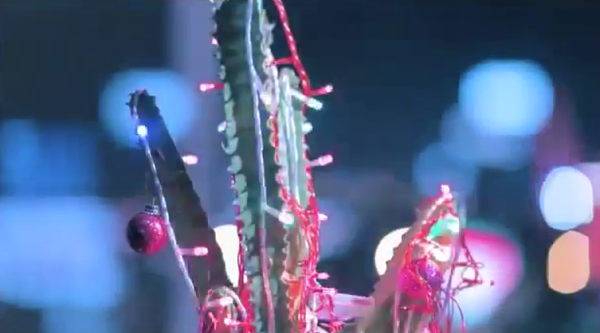 The bulk of the commercial consists of a puppet, Mother Abla Fahita, talking on the phone to an unseen friend, whom she calls Mama Tutu. Obviously this friend represents the Brotherhood.

These rumors were circulating so widely that Vodafone eventually felt compelled to address them. On New Year's Day it issued a statement denying that the commercial carried any subversive messages.


By and large, Egyptians have poured scorn and ridicule on all this silly talk. Not, however, the government. The country’s prosecutor general has formally tasked the state security prosecution service, a feared branch that handles terrorist cases, with carrying out an urgent and thorough investigation of Mama Fahita.

Not surprisingly, Egypt’s internet has exploded with farcical “support groups” for the floppy doll, complete with preemptive protests against her likely abuse and torture at the hands of Egypt’s overenthusiastic police. Posing as hyper-nationalists, rival posts have demanded a nationwide round-up of puppets and a manhunt for Mama Tutu.

And here's the commercial that's caused all the fuss: