A photo has been circulating recently that shows Paris Hilton at a party wearing a tank top that bears the message: "Stop Being Poor." 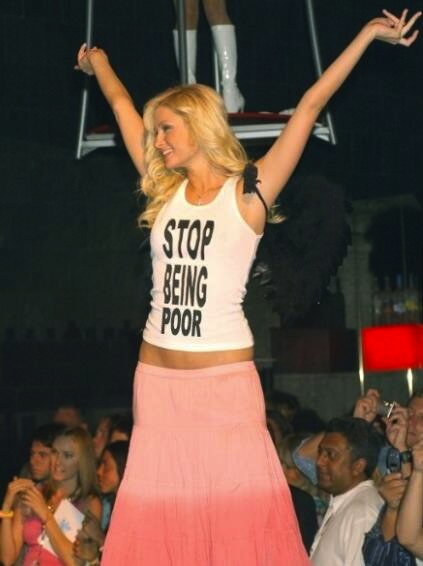 Paris Hilton has hardly carved out a reputation for herself as a champion of social justice. Nor is she known for her keen intelligence. So it's not hard to believe that she might have worn something like this.

The photo also plays to ancient stereotypes of the insensitive rich. The old "Let them eat cake" attitude (a phrase that's commonly, but mistakenly, attributed to Marie Antoinette). And this stereotype certainly has some basis in reality.

But in this case, Paris Hilton isn't quite as insensitive as the photo suggests because, yes, the image is photoshopped.

In the original photo, taken by photographer Vince Flores at the Palms Hotel in Las Vegas on April 15, 2005, the message on her shirt reads: "Stop Being Desperate." There's quite a few shots of her at the party wearing this tank-top.

A similar fake image in this vein (i.e. the insensitive rich) was that one from last year that showed the Romney family lining up so that their t-shirts spelled "MONEY". 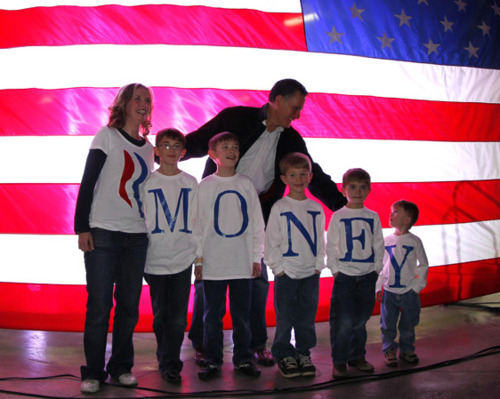