Squirrel AIDS is a hoax 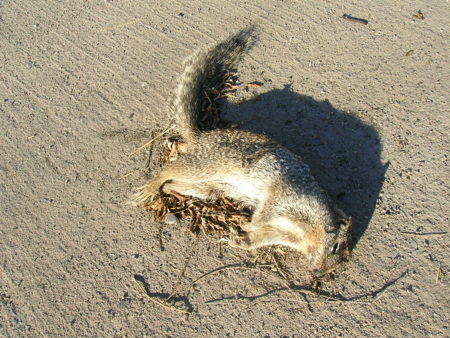 The Ocean County Health Department of New Jersey recently began receiving numerous phone calls and emails from people worried about the health risk posed by squirrels with AIDS. Many parents asked whether they should allow their children to play outside.

In response, the health department has posted a statement assuring the public that there is no such thing as 'Squirrel AIDS' or 'SQUAIDS'. Nor have there been any confirmed cases of illness transmitted to a human from a squirrel.

No cases of squirrel-to-human disease transmission? I immediately thought, 'What about rabies?' But some googling reveals that although squirrels can theoretically contract rabies, it's very rare for them to do so. This is mostly because squirrels are quick enough to avoid rabid animals. And if they failed to do so, they probably wouldn't survive the encounter long enough to become a carrier. Therefore, according to squirrelnutrition.com, a squirrel bite is "one of the few bites that does not trigger a rabies vaccine protocol" in emergency rooms.

The squirrel AIDS story originated from a site called The Lacey Reporter, which is trying hard to look like a legitimate local news site, but apparently is yet another of these now ubiquitous fake news sites. 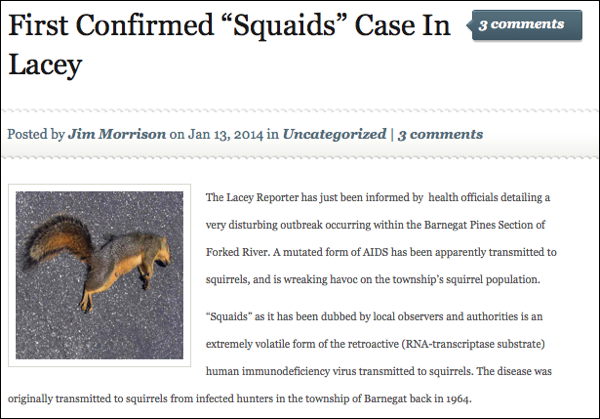