Photos of the Sphinx covered in snow have recently gone viral, on the heels of reports of the first snowfall in Cairo for 112 years. 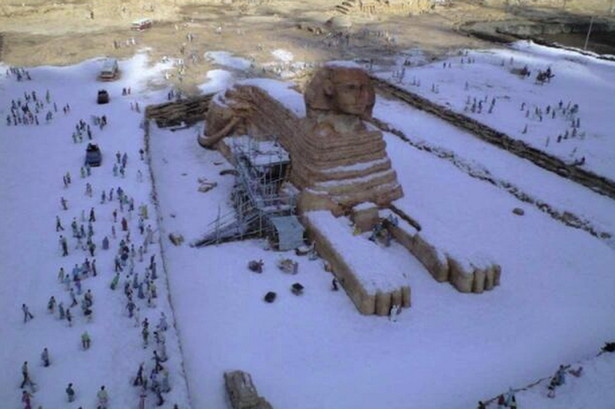 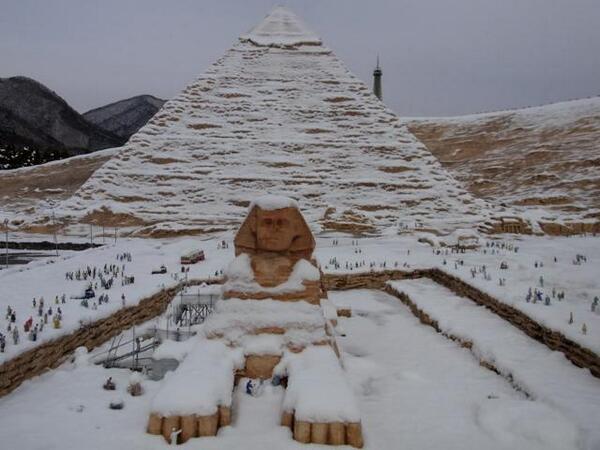 These photos haven't been digitally manipulated. However, they don't show THE Sphinx in Egypt covered in snow. Instead, what they show is a miniature model of the Sphinx located in the Tobu World Square theme park in Japan. The theme park has miniature models of many other famous attractions from around the world. (You can actually see the Eiffel Tower poking up behind the pyramid in the bottom photo.)

Here's a photo that shows just how small the Tobu Sphinx model really is: 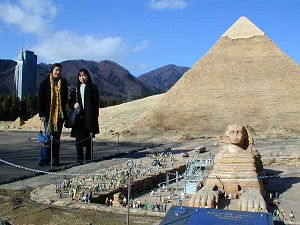 The snow-covered Sphinx photos reminded me of this 1938 April Fool photo of "Skiing in Egypt": 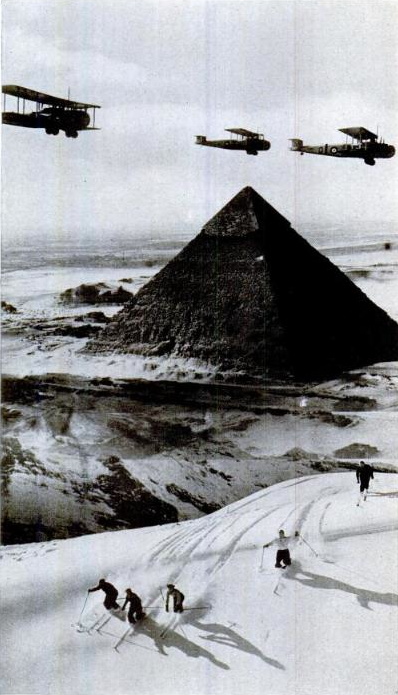 The second photograph is pretty obviously not the real thing even without knowing about the Japan theme park or looking further into it: the real Sphinx doesn't sit in front of the Cheops pyramid (nor any of the others) like that.
Posted by Richard Bos  on  Sun Dec 15, 2013  at  02:45 AM
Here's another bogus Cairo snow pic with original.

Despite the proof, people are still running wild with these photos.
Posted by John M.  on  Sun Dec 15, 2013  at  05:45 AM
Commenting is not available in this channel entry.