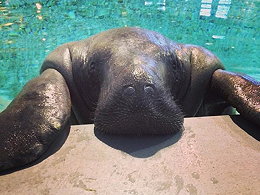 As of today (Oct 23, 2014), Snooty the Manatee is still alive. This has been confirmed by the South Florida Museum where Snooty lives in the Parker Manatee Aquarium.

Snooty was born on July 21, 1948 and has lived his entire life in captivity. In 1979 he was declared the Official Mascot of Manatee County, Florida. See his wikipedia page for more details about his life, as well as the South Florida Museum's timeline of Snooty's History.

He's currently 66 years old, which makes him a very old manatee! He's quite likely the oldest manatee in the world.

On October 22, 2014 a message was posted on a Snooty the Manatee Facebook page announcing that the manatee had died. This news quickly spread via social media. 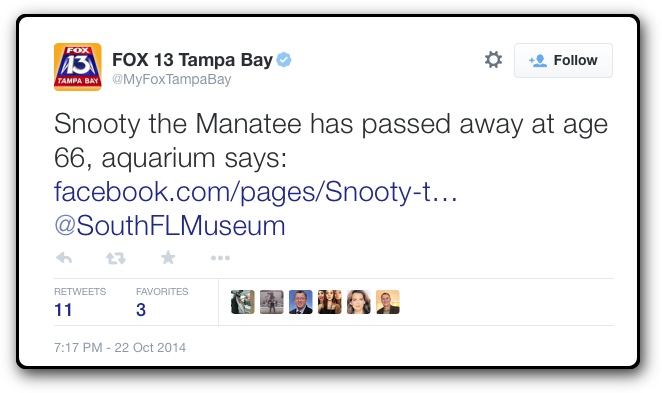 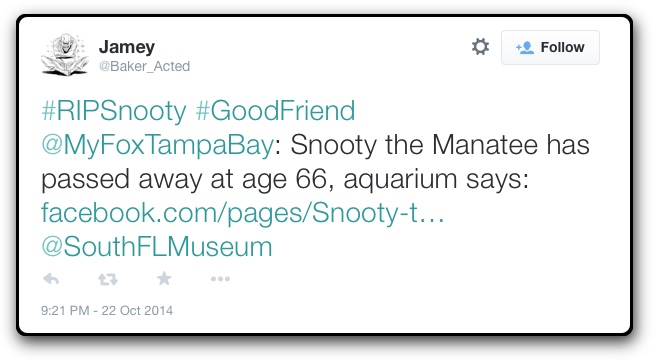 However, the news was not true. The South Florida Museum debunked the rumor within hours, posting on Facebook that, "We've heard that some rumors are circulating and we're happy to report that Snooty was doing well this evening when the Museum closed. Any statements attributed to the Museum to the contrary are fictitious. With a nod to Mark Twain, sometimes rumors are simply rumors." 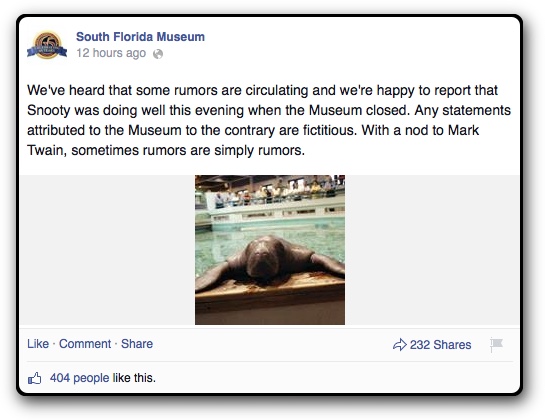 It's not known who started the rumor. However, Snooty's advanced age certainly lent credence to it.