In 1966, Dean Martin contributed a burger recipe to The Celebrity Cookbook, which was a collection of recipes by celebrities put together by Dinah Shore. Martin's simple recipe was as follows:

Preheat a heavy frying pan and sprinkle bottom lightly with table salt. Mix meat, handling lightly, just enough to form into four patties. Grill over medium-high heat about 4 minutes on each side.

Pour chilled bourbon in chilled shot glass and serve meat and bourbon on a TV tray.

In 2010, Martin's burger recipe, scanned from The Celebrity Cookbook, appeared online and quickly went viral. I think it may have first been posted by the culinary site Ladles and Jellyspoons.

Two years later, Martin's recipe again began to do the rounds, but now it was accompanied by what appeared to be Frank Sinatra's response to Martin's recipe. Some sites explained that "upon hearing about the notoriety of Dean’s signature burger recipe and Dinah’s book, Frank immediately went to work perfecting his 'Sinatra Burgers' recipe." 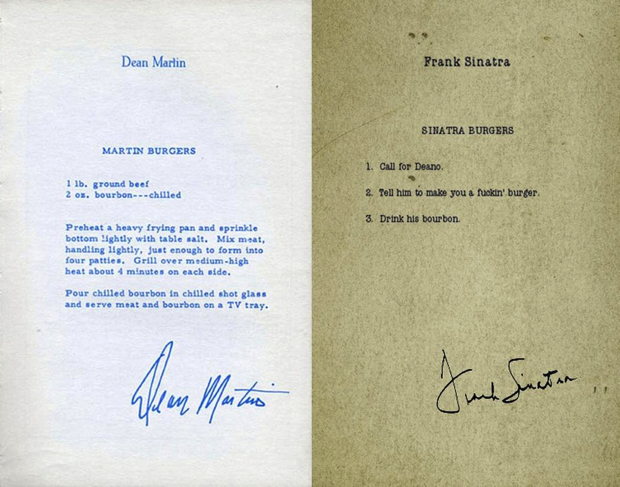 Sinatra's recipe is a funny response to Martin's, and the two letters, as a set, circulated widely. And recently they've been circulating again.

However, there's no evidence that the "Sinatra Burgers" recipe was written by Sinatra himself. In other words, it's a recent creation. The evidence for this:

1) There's no source given by anyone for this supposed recipe by Sinatra.

2) Dean Martin's nickname was Dino, not Deano. Or rather, it was his original name. He was born Dino Paul Crocetti. Sinatra wouldn't have made this mistake. 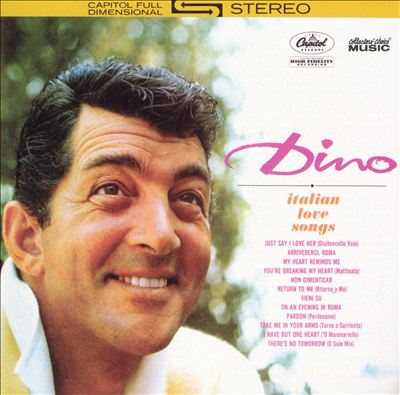 3) Sinatra's signature on the recipe is identical to a copy of his signature posted on the site Star Wars Autograph Collecting. This suggests that the signature was cut-and-pasted onto the recipe. The typed recipe itself could easily have been created in any word-processing program (note the modern, proportionally-spaced font). And a photoshop filter could finally have been used to make the entire document look like it was written on old paper.