This Day in the History of Hoaxes: September 8 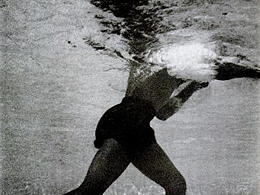 September 8, 1961: Cassius Clay Trains Underwater
The Sep 8, 1961 issue of Life magazine contained a photo feature showing 19-year-old boxer Cassius Clay (later Muhammad Ali) training underwater. Clay had told photographer Flip Schulke that he often trained underwater because the water resistance acted like a weight. He said it was an old trick taught to him by a Louisville trainer. In fact, Clay had never trained underwater before. He couldn't even swim. It was a tall tale he had told to fool the photographer. [Ali Underwater]