This Day in the History of Hoaxes: September 17 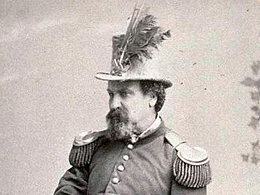 September 17, 1859: Emperor Norton I Declared
On this day in 1859, San Francisco resident Joshua Norton declared himself Emperor of the United States. He reigned for 21 years, walking the streets of the city dressed in a military uniform, completed by a plumed hat, gold epaulets, and a sword. Among his proclamations was the abolishment of the U.S. Congress, as well as the Democratic and Republican parties. At his funeral, over 30,000 people lined the streets of San Francisco. [wikipedia]