This Day in the History of Hoaxes: September 10 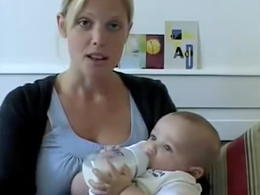 September 10, 2009: Seeking Child's Father
On this day in 2009, a video appeared on YouTube purportedly created by a Danish woman named Karen who explained that she was trying to locate the father of her child, since she couldn't remember his name. The child, she said, had been conceived in a drunken one-night stand. The video promptly went viral, but then was exposed as a hoax created by the Danish government's tourism agency in order to promote tourism to Denmark. [youtube]