From the incompetent criminals file: Back in 1974, 20-year-old Kenneth Lutz of Grand Terrace, California thought he had found an easy way to scam his parents. He kidnapped himself. He did this by attaching a note to his parents' front door demanding $5000 in $20 bills for his return, with instructions that the money be "put out when you go to work Wednesday," and signed the note, "the kidnaper". Then he went into hiding.

However, he didn't hide very well. When the police arrived a few hours later they found him sitting at a desk in a camper van behind his parents' home. He promptly confessed that he had written the note, and that no one else was involved in the scheme, explaining, "I wanted the money and it sounded like something that could be done."

A detective said that the circumstances of the case had immediately aroused his suspicions because, "You tell me one kidnapper that signs his name 'kidnaper' at the bottom of a note." 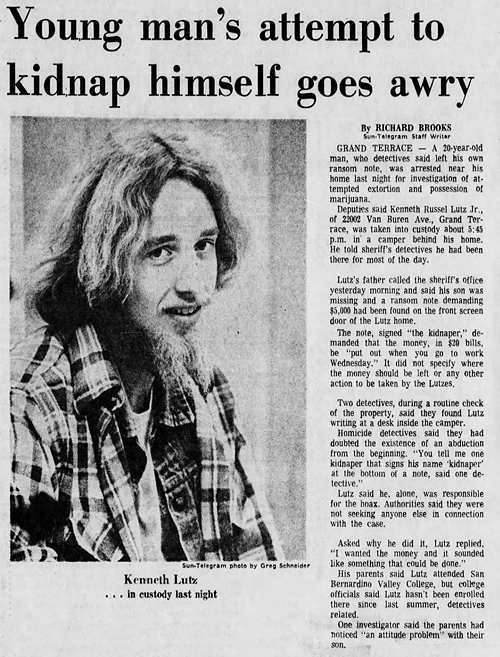