Philip Kadish, who's completing his Ph.D. in American Lit. at The City University of New York, notes that a 'neglected anniversary' recently passed by: the 150th anniversary of the Miscegenation Hoax of 1864, which, as he notes, was "one of the greatest and least remembered political media hoaxes in American history."

The old hoax is certainly evidence that bigotry has always been a part of American politics. As Kadish notes, the hoax foreshadowed modern political hoaxes that play to bigotry, such as the claim that Obama is a Muslim. 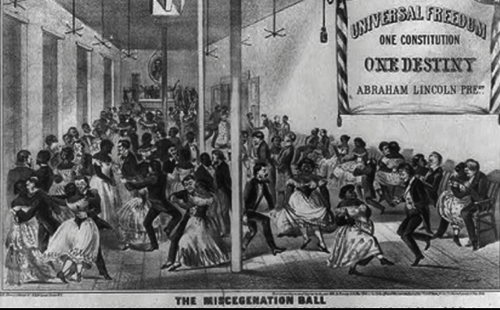 The race-mixing hoax that dogged Lincoln
By Philip Kadish
This year is the 150th anniversary of one of the greatest and least remembered political media hoaxes in American history, one with startling parallels to 21st century politics and the Internet age. It involved Abraham Lincoln, covert governmental programs for interracial sex, pro-slavery politicians and scheming newspaper editors.