The Origin of the Word Canard 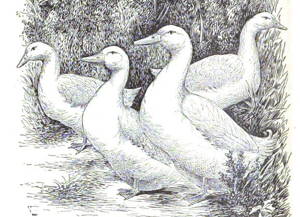 'Canard' is the French word for duck, but in both French and English it can also mean a false or absurd story, particularly one printed in a newspaper. According to a widely circulated theory, the word acquired this meaning on account of a 19th Century experiment involving cannibalistic ducks.

Here's a version of the theory that ran in American papers back in 1921 (one of many similar versions that have appeared in papers over the years):

In English the word "canard" is used to signify a fabricated, sensational story — something made up "out of whole cloth," a verbal bomb usually sprung at the last moment so that there will not be time successfully to contradict it. But "canard," in French, means a duck. There doesn't appear to be much connection between the two — but there is. In fact the whole thing goes back to ducks, twenty of them.

Norbert Cornelissen, a Frenchman who lived during the last century, determined to experiment with the credulity of the public and reported to the newspapers that he had a flock of ducks, twoscore in number, of which he took one, cut it into small pieces and threw the bits to the other nineteen, which devoured them ravenously. Then, scarcely giving the ducks time to get hungry, Cornelissen repeated the experiment and was once more successful. "In an amazingly short space of time," he declared, "the flock was reduced to a single duck, which had eaten his nineteen brothers."

Scientists and naturalists argued about the matter for some days through the columns of the Parisian papers. Then Cornelissen confessed that the whole thing was a hoax. There had never even been a flock of ducks, just the one that he kept for purposes of exhibition. But the report had gained so much publicity that the phrase "duck story" was implanted in French slang, much as "fish story" is an accepted colloquialism in English. "Canard" became synonymous with hoax and, instead of being translated, the word was adopted bodily into English in in present sense.
Is this explanation true?
Cornelissen (full name Égide-Norbert Cornelissen) was a real person. That much of the story is true. He was a Belgian botanist who lived from July 12, 1769 to July 31, 1849. 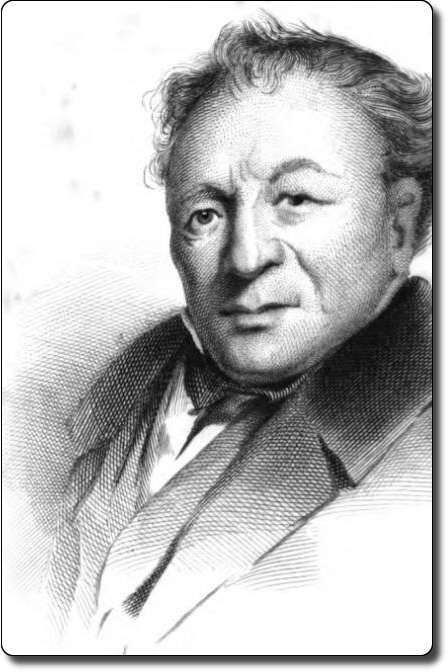 Cornelissen was a member of the Royal Academy of Sciences of Belgium, and the story about him and the cannibalistic ducks seems to have first appeared in print in 1851 in a biography of him published in the Academy's journal, Annuaire de l'Académie Royale des Sciences. The bio was written by Adolphe Quételet, director of the Brussels Observatory.

Quetelet's version of the story is pretty much the same as the one given above, with one added detail. He says:


the story ran the round of all the journals of Europe. It then became forgotten for about a score of years, when it came back from America, with amplifications which it did not boast of at the commencement, and with a regular certificate of the autopsy of the body of the surviving animal, whose esophagus was declared to have been seriously injured.
Quetelet certainly knew Cornelissen, and there's no indication he intended the duck story as a joke. So he's a fairly credible source, despite the bizarre nature of the story.

Nevertheless, what's missing from Quetelet's story (and from all subsequent versions of it) is any indication of exactly which papers or journals initially published Cornelissen's cannibalistic duck tale. And when did it appear in print? This is all left a mystery.

In other words, the primary sources are all unnamed and, to date, undiscovered. You would think that if Cornelissen's story really had created such a sensation in the French press, some textual evidence of it would survive. But there's nothing.

Which leads to the conclusion that the cannibalistic duck story must be a tall tale. Where Quetelet heard the tale isn't clear. Perhaps Cornelissen himself initially invented it as a joke.


So what's the real origin of the word Canard?
There's another explanation of how canard came to mean a false story, which is that it derives from an old French phrase "vendre un canard à moitié" (to half-sell a duck). The Oxford English Dictionary notes, "It is clear that to half-sell a duck is not to sell it at all; hence the sense 'to take in, make a fool of'." YourDictionary.com elaborates:


The story is that a duck seller is successful and contented being the only duck seller on the street and he sells his ducks for eight francs each. A new duck seller moves in across the street who steals all the business by offering his ducks for seven francs each. Then a price war ensues, back and forth, until the new duck seller is down to three francs for a duck. The original duck seller is beside himself with worry and frustration, but finally he puts up a big sign that says, "Two francs" and then in small print at the bottom "for half a duck." Thus, to sell the ducks by half meant to trick people with something that was literally true, but misleading.
This explanation sounds a lot more reasonable, but it's worth noting that it's also speculative. It was first proposed by Émile Littré in his Dictionnaire de la langue française (1863-77).

And there's yet another theory about the origin of canard, which is simply that ducks have long been associated with falsehoods. Proponents of this theory note that the German word for a duck ("ente") can also mean a lie or a newspaper hoax (see duden.de).

A blogger who goes by the name Citizen Arcane points out that the Germans have been using 'ente' to mean a lie for a long time. He writes that it "dates back to the time of Luther, far older than Cornelissen," and adds, "The speculation among etymologists about the linkage between ducks and falsehoods is that ducks have erratic and unreliable reproduction, and thus 'lie' about whether or not there will be ducklings."


Conclusion
So basically, no one is sure how 'canard' came to mean a false story. Perhaps it derives from the French phrase "vendre un canard à moitié." Or perhaps it traces back to a much older linguistic association between ducks and deception. However, we can pretty much dismiss Cornelissen's ducks as the origin of the word's connection to falsehood. The cannibalistic origin of canard is, itself, a canard.

But there's a final twist to the story. The OED speculates that the frequent repetitions of the cannibalistic duck tale (we even find it in the New York Times in 1896) may have "contributed to render the word more familiar, and thus more used, in English." So even if the cannibalistic ducks didn't directly provide the origin of the word's association with hoaxes, they may have helped to popularize the usage of the term in English.

Certainly, the first time I saw an article on the reproductive habits of ducks, I had to check twice to make sure I hadn't gone to The Onion by mistake.
Posted by Ross  on  Tue Apr 21, 2015  at  10:30 AM
Fascinating! Going back to Cornelissen and his twoscore canards, a score is twenty, twoscore is forty 😊
Posted by Pete Byrdie  on  Tue Apr 21, 2015  at  11:42 PM
Commenting is not available in this channel entry.