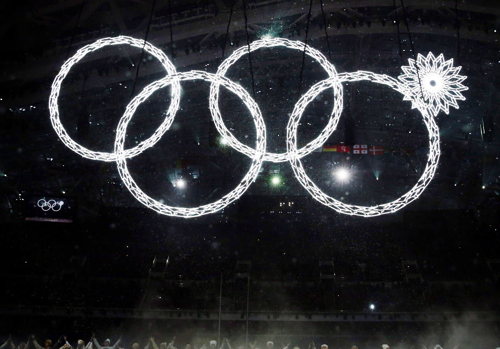 During the opening ceremony of the Olympic Games on Feb. 7, there was a scene in which five giant snowflakes hanging in the air were supposed to expand to form the Olympic rings, followed by fireworks going off around them. However, one of the snowflakes failed to expand, and the fireworks never materialized.

It was an embarrassing screw-up, since it was seen by millions of people around the world. And it quickly proved to be a focal point for hoaxes and parody. 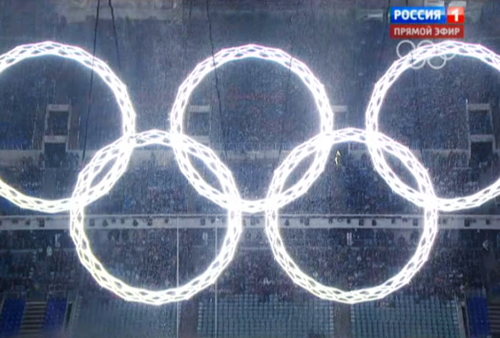 People watching the games in Russia never saw the screw-up at all, because the Russian broadcaster Rossiya 1 quickly substituted footage from an earlier rehearsal showing everything working perfectly. The Russian producer said this was done in order to "preserve the imagery of the Olympic symbols." [washington post]


Someone Will Pay For This! 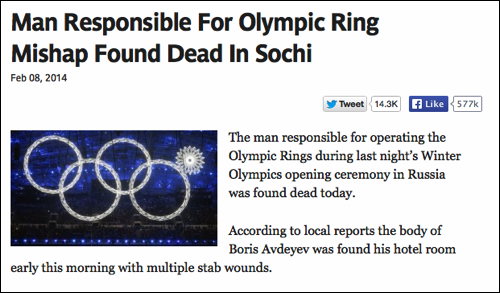 The day after the opening ceremony, the fake-news site DailyCurrant.com posted an article claiming that Boris Avdeyev, the technical specialist responsible for the Olympic Ring mishap, had been found dead in his hotel room, stabbed multiple times. Russian police had apparently ruled his death an accident, reasoning that he probably tripped and fell on a set of knives.

The article quickly went viral, despite the fact that every detail of it was false. There is a Russian painter named Boris Avdeyev, but there was no Boris Avdeyev responsible for making sure the rings worked properly. 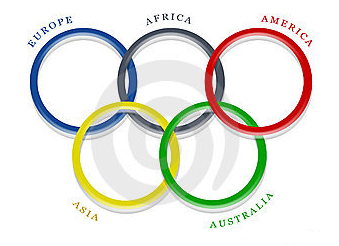 A conspiracy theory quickly spread claiming that the non-opening of the ring was purposeful because the right-most red ring "traditionally symbolizes America," and its failure to open was therefore Russia's way of sending America a message. Though what that message was, I'm not sure.

There is an old belief associating each ring with a specific continent (Blue for Europe, Yellow for Asia, Green for Australia, Black for Africa, and Red for the Americas). However, this symbolism has never been officially sanctioned.

The creator of the Olympic symbol, Baron Pierre de Coubertin, intended for the rings to be an abstract representation of the five continents joining together. As for their colors, Wikipedia tells us that "According to Coubertin, the ring colours with the white background stand for those colors that appeared on all the national flags that competed in the Olympic games at that time [1912]." 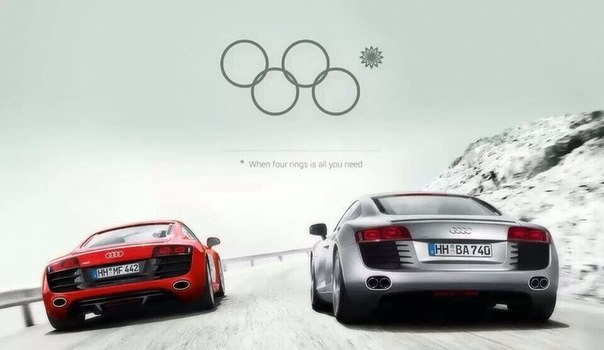 Most recently, an image has gone viral that appears to be an ad by Audi that alludes to the ring mishap with the tagline "when four rings is all you need."

Audi claims it isn't responsible for the ad. Though, of course, it could be a "sub-viral" ad (i.e. an ad that a company's pr firm creates and covertly puts into circulation, which the company denies any knowledge of it).