This week, hundreds of thousands of people shared a story from fake news site World News Daily claiming that loggers had accidentally cut down the world's oldest tree in the Amazon forest. The tree was said to have been a giant Samauma tree over 5,800 years old and 40 meters tall (130 ft). As with everything published by World News Daily, the story was not true. Nevertheless, it certainly sounded plausible to a lot of people who expressed their outrage on social media. 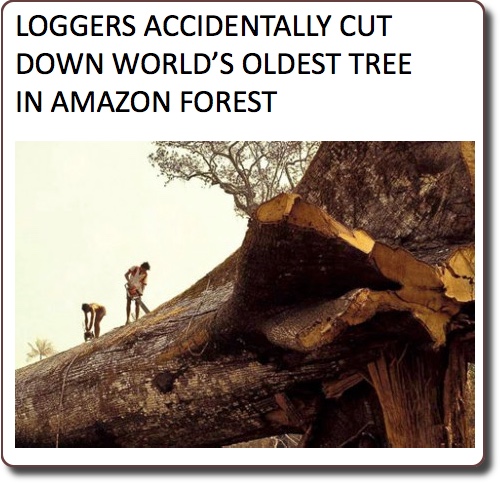 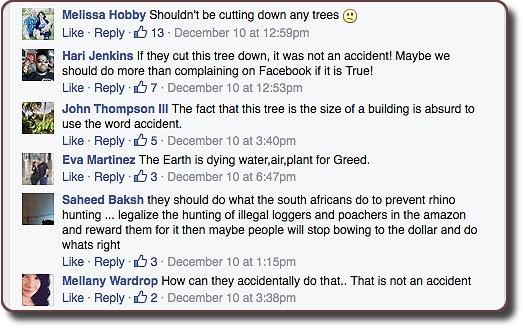 Samauma trees (Ceiba pentandra) do grow very large, reaching heights of 200 feet, and they are found in South America, but they're not known to live longer than 200 years.

Trees that actually will reach ages of 5000 years and above are the Great Basin bristlecone pines of California and Nevada.

The image that accompanied the World News Daily article, and which definitely aided its plausibility, was taken by Brazilian photographer Ricardo Funari in 2011 as part of a series on Amazon deforestation.

"World News Daily" sounds like the infamous "Weekly World News".
Posted by Cruel Cahal  on  Sat Dec 13, 2014  at  09:56 PM
Commenting is not available in this channel entry.