The Oldest Ear of Corn—a fake that fooled science

From 1914 to 1934 the Smithsonian had on display an object that it described as the "oldest ear of corn" in the world. It was believed to be a piece of fossilized corn, several thousand years old, which had been acquired from a "collector of curios" in Cuzco, Peru.

The fossil corn wasn't considered to be just a curiosity. It was regarded as having real scientific importance because, as G.N. Collins noted in a 1919 article about it in the Journal of Heredity, it provided "the first tangible evidence of the geological existence of this important cultivated plant." ("A Fossil Ear of Maize," Jour. Heredity, April 1919).

It was also believed to be a previously unknown species of maize and was named Zea antiqua. 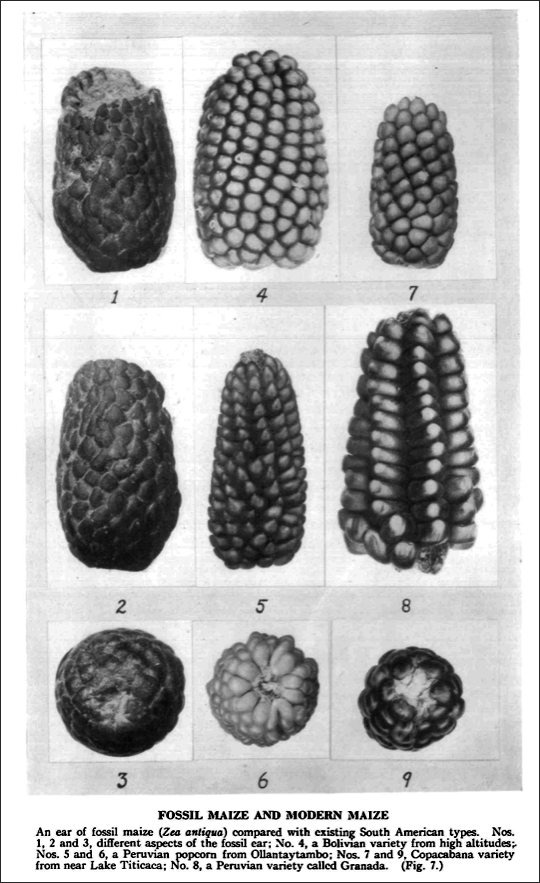 The "oldest ear of corn" is shown from different angles in the left column
It was important enough that in 1934 Roland W. Brown of the U.S. Geological Survey decided to have a closer look at it, which is when he realized that the "fossilized corn" wasn't corn at all. The object was made of clay, and it had a hollow section that contained three small, round oval pellets. It appeared to be a toy rattle.

Brown noted that, "The object is so clever a copy of an original ear of Peruvian maize that the maker must be credited with having been an artist of superior skill."

The good news was that the rattle did appear to be a genuine ancient artifact. But it was an artifact of archaeological, not biological, interest. 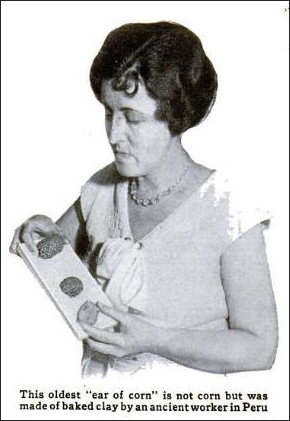 The last time she looked inside my fridge, my girlfriend found something similar. I told her it was of genuine scientific import, but she saw things differently.
Posted by hoaxinghal  on  Wed Oct 23, 2013  at  09:31 PM
Commenting is not available in this channel entry.