The Miss World Competition (set to begin Sep 28 in Indonesia) seemed quite pleased to have its first-ever representative from Uzbekistan. But perhaps not anymore, because the young woman, 18-year-old Rakhima Ganieva, is attracting more attention than any of the other contestants, and not for the right reasons.

The problem is that no one can figure out how she earned the title Miss Uzbekistan. No one in Uzbekistan remembers a selection process. In fact, in her home country they're calling her an imposter. It looks like she simply showed up in Indonesia and declared herself to be Miss Uzbekistan.

Miss World officials are, so far, remaining silent about the rapidly growing controversy. Although I think it's strange that the Miss World Corporation wouldn't have realized immediately that they don't have a franchise in Uzbekistan. Unless they do have a franchise there, and it neglected to hold a competition, handing the title directly to Ganieva. [Radio Free Europe] 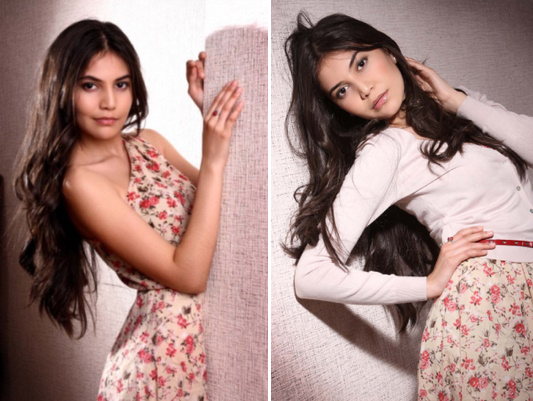 Rakhima Ganieva, aka Miss Uzbekistan
The whole thing reminds me of a hoax from the early 1950s, in which a PR agent invented titles such as 'Miss Perfect Profile' and 'Miss Water Conservation' in order to get publicity for the models he represented.

Update: There are reports from back in July of a "Rahima Ganieva" winning a Miss Uzbekistan competition organized by the Interalliance UZ in Tashkent. So perhaps this whole controversy about her being an imposter might be caused by miscommunication or confusion. At least, it doesn't seem to be the case that she just showed up in Indonesia calling herself Miss Uzbekistan for no reason at all.