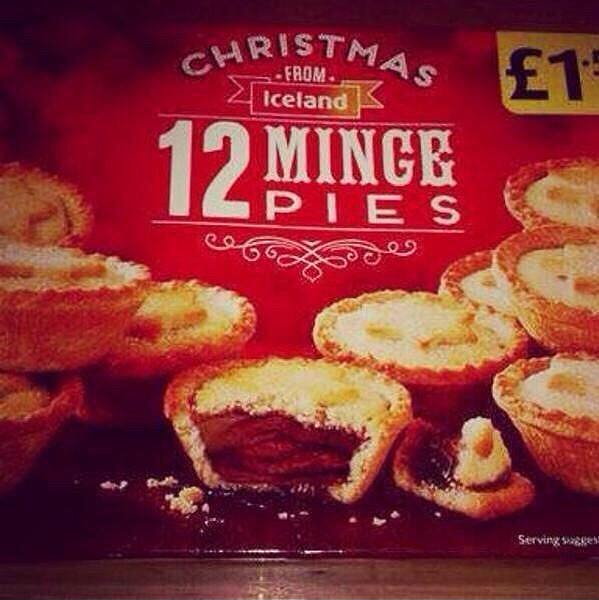 An image circulating on social media appeared to show a box of mince pies, made by the frozen food chain Iceland (which is a UK company, not an Icelandic one), whose packaging featured an unfortunate spelling error (or perhaps an unfortunately stylized font), offering "Minge Pies" instead of "Mince Pies." Minge is British slang for a woman's genitals. The photo trended with the hashtag #mingepies.

The picture elicited comments from Twitter users such as:

"Something about Iceland's mince pies doesn't look quite right."

"Oh Iceland... you really should have used a different font."

"Choosing the right font on your advertising is vital... Get the wrong font & end up with..."

"This is actually a legit typo! Haha."

However, the errant "G" was a result of photo manipulation. The actual packaging, as seen below, clearly showed the word "Mince" — not "Minge."

On its Twitter feed, Iceland Foods commented, "It seems there are many capable people with photoshop out there..."

The "naked" pie image is also photoshopped. Could it be considered censored by obscurity?
Posted by m  on  Thu Nov 06, 2014  at  11:15 AM
Commenting is not available in this channel entry.