This Day in the History of Hoaxes: May 31 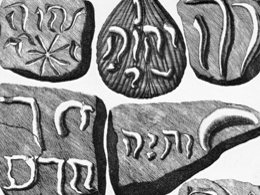 On this day, Dr. Johann Beringer, a University of Würzburg professor, was given three unusual fossils that showed images (the sun and several worms) in three-dimensional relief. Beringer thought he had made a remarkable discovery and grew even more convinced of this when many more, similar stones turned up. He eventually authored a book about the stones. At which point, he found out that two fellow professors had created the stones to hoax him. More…
May 31, 2003: The Cesky Sen Hypermarket 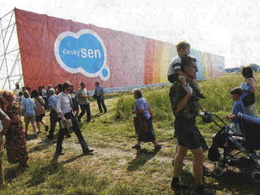 Lured by ads throughout Prague promoting a new hypermarket called Cesky Sen ("Czech Dream") that would sell products at unbelievably low prices, hundreds of people showed up at the Lethany Fairgrounds for the grand opening. But all they found was a giant Cesky Sen banner. There was no hypermarket, nor plans to build one. Several student filmmakers had set out to record what would happen when consumer's expectations collided with reality, and so had launched a marketing blitz to promote a non-existent, too-good-to-be-true store. More…
may 31, 1993: mayday malone stats published