Wisconsin-resident George Weber says he was fishing in the Menomonee River when he caught this unusual fish. 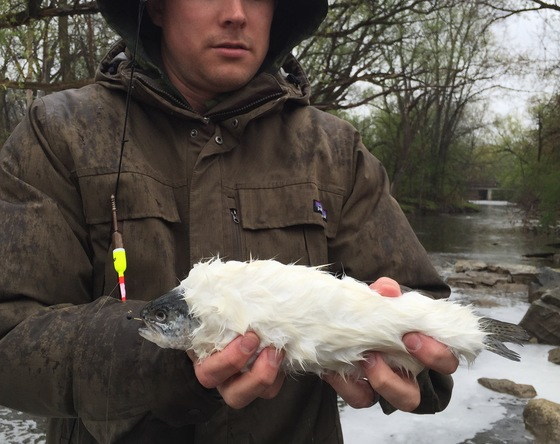 He showed it to a wildlife official who first told him it was a fur-bearing trout. But then the official offered an alternative, scientific explanation. He said it could be a trout infected with an extreme case of Saprolegnia, or cotton mold, which is a fungal infection that can grow on fish and looks like white or grey fibrous patches.

However, I'm not buying the Saprolegnia explanation. I think that's a genuine fur-bearing trout.