Lottery winner meets love of his life, two days after the big win 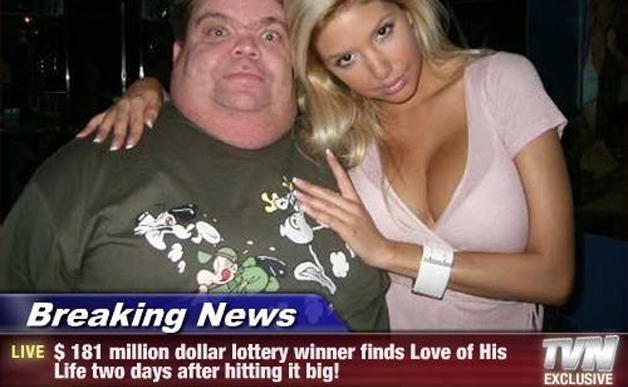 This is one of those fake viral images that you'd think everyone would recognize immediately to be a joke. And yet, quite a few people seem to take it seriously, such as the people on this reddit thread where it was recently posted.

The woman is the Swedish actress, singer, and glamour model Natacha Peyre. The guy next to her remains unidentified. He's probably just a fan that she agreed to pose for a photo with. According to reports, Peyre has been dating Swedish pop singer Dhani Lennevald for a number of years, and he's not the guy in the photo, nor is he a $181 million lottery winner.

Below is a larger, slightly brighter version of the image, minus the breaking-news banner. In it you can see that behind Peyre there appears to be a poster of her. So this photo must have been taken at a publicity event of some kind for one of her shows. The guy's expression definitely is classic. 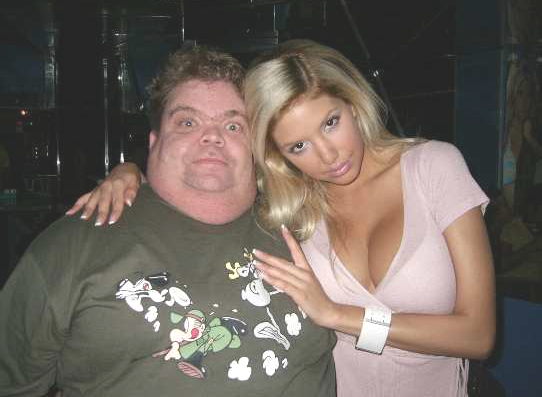 The first references to the image started popping up around March 2009 (such as here). The TVN Breaking News banner was added about two years later.

The TVN banner is a fake-news template available on cheezburger.com. It can be added to any photo one wishes, with customized headlines, such as in the examples below. 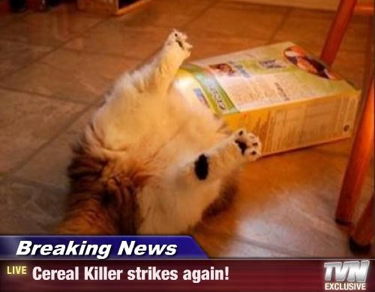 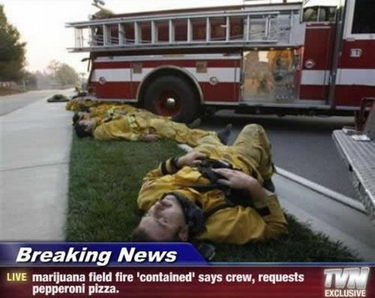