Long Exposure Photo of a Tree Struck by Lightning 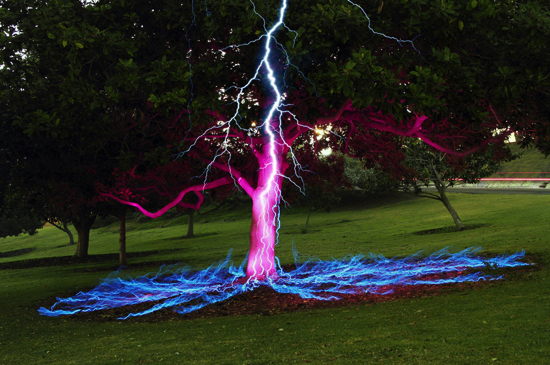 The internet seems to believe this is a "long exposure photo of a lightning bolt hitting a tree."

Well, it is a long exposure shot, but not of lightning. It's a photo created by "light painter" Darren Pearson (aka Darius Twin). Wikipedia defines light painting as "a photographic technique in which exposures are made by moving a hand-held light source or by moving the camera."

Pearson light painted the blue flames at the base of the tree. He then cut-and-pasted the lightning bolt itself into the photo from a NOAA image of a lightning strike (below). 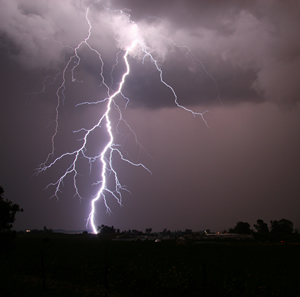 Pearson posted the image on his Facebook page on Oct. 17, 2013, with the caption "The old Benjamin Franklin trick 😉"

So in its original context this was clearly presented as an art photo. It was only when the Internet recaptioned it, that it became a fake (or misleading) photo.

And for the sake of comparison, here's an actual photo of lightning striking a tree.