A video released last week showing a group of fishermen having an encounter with a shark in Lake Ontario has proven to be a hoax.

The video was created by a company called Bell Media using a prosthetic model shark, as the company has admitted in a recent press release. It was "the first step of a multi-stage marketing campaign" to promote the Discovery Channel's Shark Week. Nissan is also involved in the hoax, since they're the ones sponsoring Shark Week. Apparently Nissan will have an ongoing campaign running throughout Shark Week titled "In Search of Canada's Rogue Shark," in which a team will be driving around Canada (in a Nissan Rogue) looking for Canadian sharks. 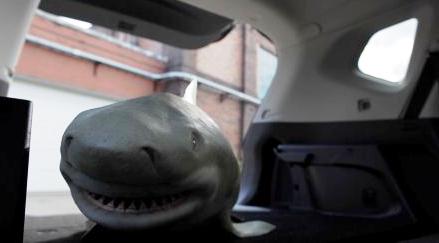 The prosthetic shark used in the video