Does this photo show a killer whale attacking a bear? 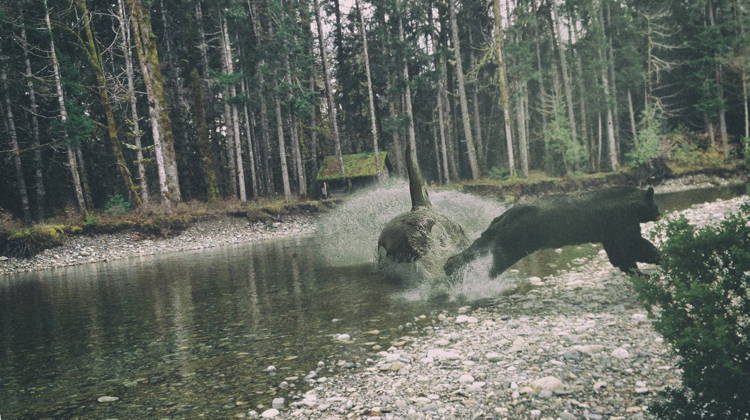 No big surprise here. The photo is fake. I'm not sure how many people actually ever believed it was real, but Snopes reported that a number of people "pondered it seriously and questioned its authenticity."

The photo originated as an April Fool's Day joke posted on the Heart of Vancouver Island Facebook page. The people pondering it seriously apparently stumbled upon it after April 1st.

The original posting of the photo had this caption:


Last spring we received a huge number of photos from Alberni Valley residents showing the annual return of the spawning orcas - a rare annual occurrence unique to this part of the world which sees these huge creatures migrate from ocean to lake and stream. This shot of a mature orca attempting to take down a bear in one of our rivers captures the majesty (and danger) of this special time of year. Have shots of this awe-inspiring phenomenon? Send them into us so we can share them.
"Upland whales" (i.e. whales found far away from their normal oceanic homes) are a bit of a recurring theme in the alternate reality of hoaxes. For instance, some residents of Nova Scotia celebrate the "Overland Whale Migration" which occurs every year around April 1.

And then there's this picture of a Humpback Forest Whale (the creation of kidy-kat of DeviantArt). 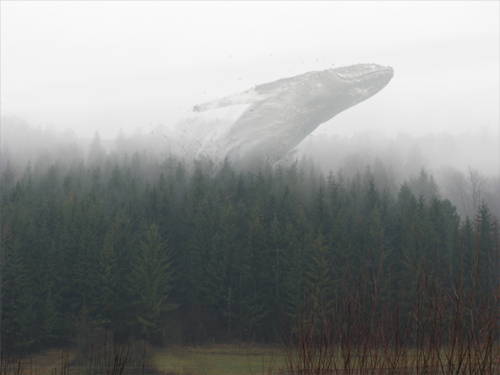